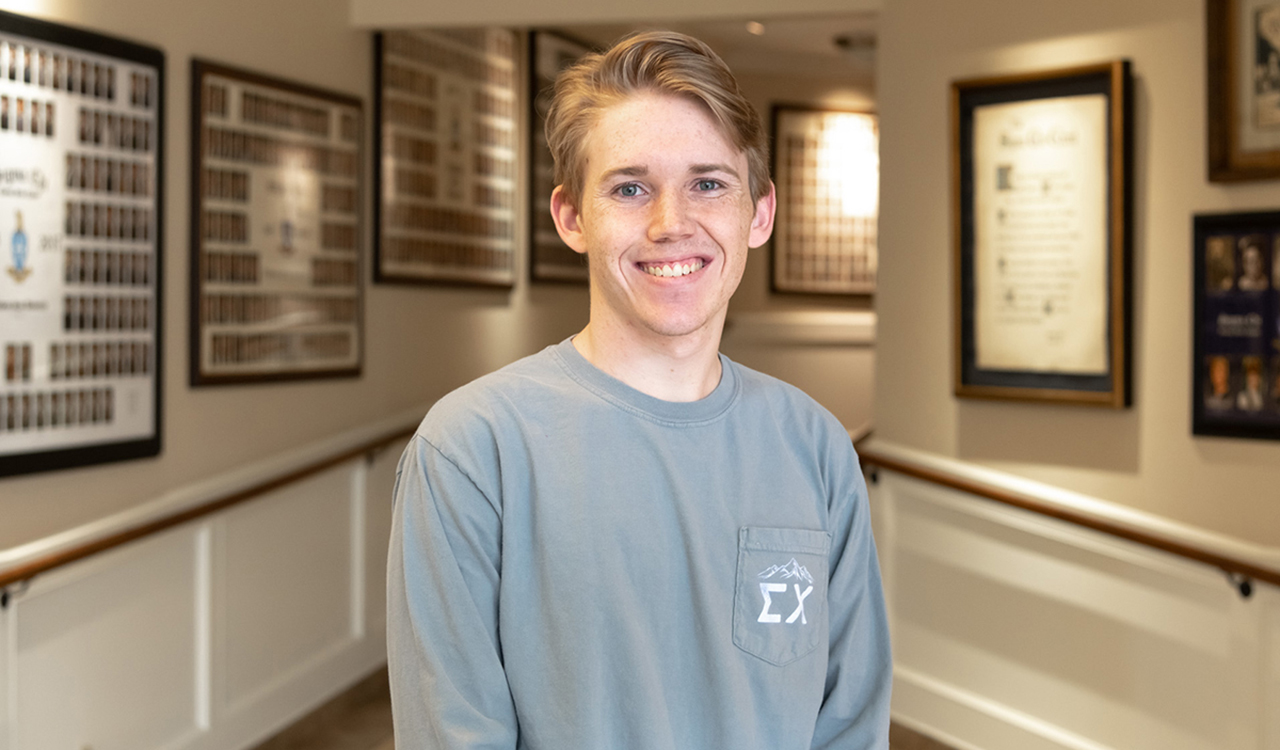 Bryce Donaghue is pursuing a double major in environmental biology and wildlife ecology and management with the goal of becoming a wildlife filmmaker. His journey began with a life-changing diagnosis.

“I have something called May-Thurner syndrome,” he said. “It basically makes one of my veins in my left leg compressed, so it blocks off the blood flow. After a while, it gets backed up and leads to a huge amount of pain and a giant blood clot in my leg.”

Donaghue has had 15 surgeries to manage blood clots, beginning in 2015. Following the first surgery, he spent nine days in the ICU, stuck in bed most of the time.

“After that, I realized that I wanted to do something big with my life. For a while I wanted to be a cardiologist but then I had a change of heart. Now my dream is to be a wildlife filmmaker for National Geographic or BBC,” Donaghue said.

Yet the Edmond native has not let the diagnosis slow him down one bit. He has gotten involved with the College of Arts and Sciences Freshman Student Council, the Homecoming Big Committee and the Sigma Chi fraternity. He has found a love for philanthropic events as well.

“The way I view it as, I wouldn’t want to do what I want to do now without that experience. It changed me a lot as a person and made me a much nicer person,” he said.

The path to becoming a filmmaker isn’t straightforward, but Donaghue has taken steps to making sure that he has the best chance for achieving his dreams. He has reached out to over 50 people who are filmmakers or work for organizations like National Geographic asking for advice. One person in particular has made a huge difference.

“My mentor, my role model, his name is Bertie Gregory,” Donaghue said. “He is from the U.K. He is a great guy and I talk to him pretty frequently. The life he lives and the impact he has on the wildlife conservation community is amazing.”

Donaghue’s plans go past filmmaking though.

“I have thought about the possibility of doing what I want to do: going into the field, making these beautiful films and then coming back when I am too old to be in the field to start teaching at a university,” he said.

In the end, what could have been an obstacle for Donaghue became his wakeup call to change the world and get involved. He doesn’t see May-Thurner syndrome as anything but an experience that continues to push him to try new things and experience everything life has to offer.