Twenty-year-old Ben Meyers sat, surrounded by computers, watching his father work on his dissertation. It was here that Ben claims his love of computer science was born. 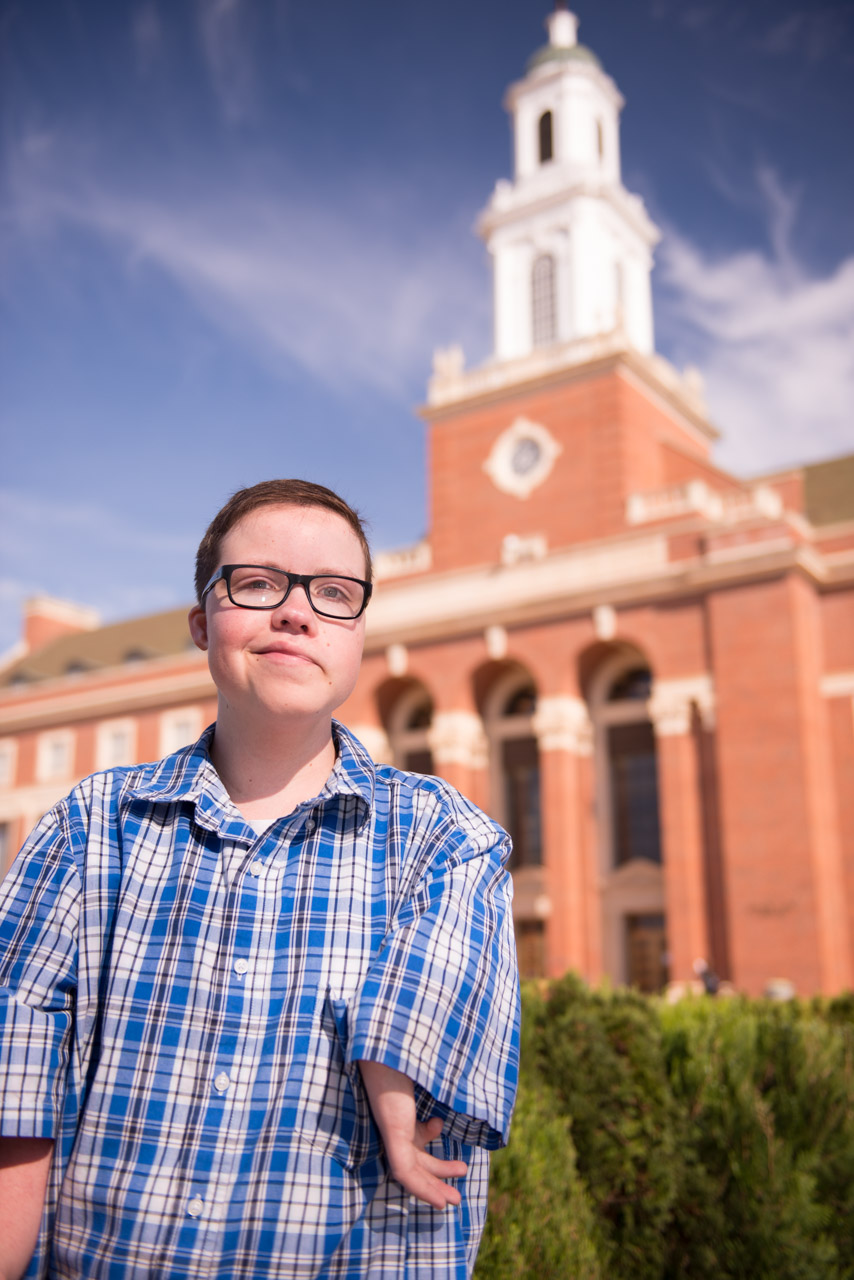 I have always been techy," he said. "I always grew up on and around computers. I started taking computer courses, and I absolutely loved it. Not only the computer part of it, but the problem solving aspects as well."

Originally from Plano, Texas, Ben knew a friend from his hometown that talked him into visiting campus. And what he found when he came to Stillwater changed his life.

"I came for Senior Day and it was absolutely magnetic, how much OSU genuinely cares about its students," Ben recounts, "I know that's the cheesy thing that every college tries to tell you, but OSU continues to live up to its promise, and I still believe in that, to this day."

Though originally undecided on a major even after the campus tour, Ben was leaving to head home after Senior Day, when one of the faculty ran into him and his family at Starbucks. Even though he was on his way to church, he stopped to talk to us about any questions they had for the program. "And OSU hasn't stopped impressing me," said Ben.

It was this faculty member going the extra mile for even a group of prospective students that tipped Ben Meyer's decision-making scale to attending Oklahoma State University. "Everyone here," he says with a broad grin, "is genuinely invested in your success."

During Ben's freshman year, OSU hosted a local TED conference. "Giving a TED-Talk was one of my bucket list items," Ben says, "And so when news came out that OSU was hosting a TED conference, I was like ‘sign me up'." Ben was able to give a speech about disability advocacy, one of two standing ovations of the night.

While studying Computer Science, Ben took a course with The Honors College entitled: Programming Intelligent Robots. Only problem: he didn't have any experience programming robotics before or with PYTHON (the main programming language used in the course). "We only met once a week, and it was challenging but the skills I learned and the collaboration I had with the other students in that class was absolutely one of the most worthwhile academic experience I have ever had." Ben said.

"OSU provides so many opportunities, you can make your own experience, obviously not everyone gives their own TED Talk, but OSU has let me do so many great things in such a great community you really do get to be yourself and make yourself, which is phenomenal"

Even though Computer Science is such a large and diverse field, OSU provides the training to go into the variety of those fields prepared. "I think the big thing to keep in mind is the problem solving," Ben says, "Because once you get it into small, bite-size pieces, solutions are trivial. And that is something that I have gained from this program."
Since that time, Ben and his colleagues have worked on projects with The Association for Computing Machinery – a national organization which facilitates computer science research by supporting it and funding it, hosting conferences but they also host student organizations such as clubs. As president of the ACM, Ben has hosted OSU's first ever Hackathon – an event where students are given a set amount of time to just make whatever program their heart desires. "We had someone make a weather app that every time you refreshed, it would display a different meme based off of the weather," Ben explains, "And he had no experience with Android app development and here he is doing all of this research and executing it within 24-hours.

The ACM held a similar event last semester called Game Jam an outreach program with local elementary schools teaching 4th and 5th graders how to program video games. They host guest speakers from different employers to talk about recruitment, the interview process and about different aspects of the field. They have also held several meeting on Web Development or learning individual programming languages. Just recently, the ACM held a 3-hour long weekend session, where students were introduced to the principles behind true Artificial Intelligence, or AI.

"We have gotten to do so many cool things and we are only growing from here," Ben says excitedly. "It has been such a great experience."

From learning at the feet of his father to joining the ranks of his peers, Ben Meyers has already made great strides in Computer Science here at OSU and has an internship lined up for next summer. We look forward to see where his academic career takes him.