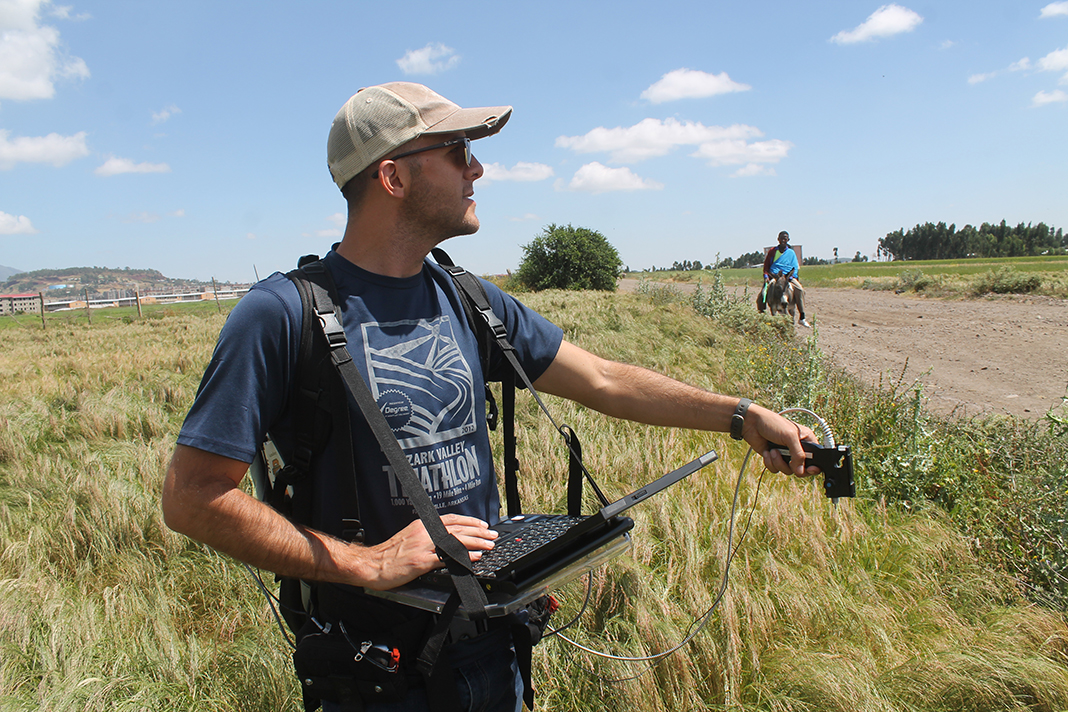 Colton Flynn, a Ph.D. candidate in the Department of Geography, got the amazing opportunity to go to Ethiopia for nine months to pursue his research thanks to the Fulbright Scholar Program. His research focused on an Ethiopian crop called tef.

“My research works on finding the health of the plant in agricultural fields using satellites. Then using a spectroradiometer we can predict the nutrient content of the plant and the seed in the field. Just by scanning the sun’s reflectance I am able to determine how much nutrient is in the crop or grain,” Flynn said. 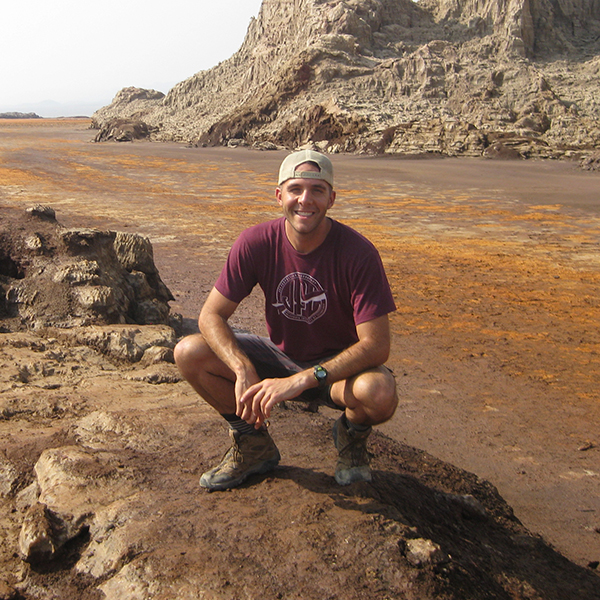 While in Ethiopia, Flynn taught local farmers and scientists how to use free satellite data to determine what crops were performing best in what locations. He also worked with universities all over the country, teaching students how to use spectroradiometers.

“My goal was to work with farmers and scientists and bridge that gap by training them on how to use free satellite data and also the spectroradiometer,” he said.

One of the places he spent a lot of time was Haramaya University, a university that OSU helped found in 1953. Living in a foreign country was not easy. The Ethiopian language of Amharic is hard to learn and the government was unstable and even declared a State of Emergency while Flynn was there. Yet he pushed through and found joy in the little experiences, like using knowledge of American Sign Language to communicate with members of a school for the deaf that he passed on his way to work every day.

“For a little while, I could communicate better with the deaf Ethiopians than I could with Ethiopians who didn't know English,” Flynn said.

Flynn encourages everyone to push themselves to try new experiences, including applying for the Fulbright Scholar Program.

“I am a little country boy from Farmington, Arkansas,” Flynn said. “If I can get a Fulbright and go off to Ethiopia for the first time in my life, anyone can do it. I just think it is important for people to know that people are more capable than they think.”

After his life-changing experiences, Flynn became an ambassador for the Fulbright program. He now travels around the country telling his own story and raising awareness about the Fulbright.

“They like to say that it is an elite program but not for elitists,” he said. “They are really looking for anyone to apply. You just need to have a good story or a good research project and a bachelor’s degree.”

After his graduation this May, Flynn plans to work for the United States Department of Agriculture and hopefully continue to teach classes at OSU. He is excited to continue his research, but even more excited to expose others to the opportunities of the Fulbright.

“The Fulbright is a life-changing experience, especially for someone who has never been outside of the country. You learn a lot of resilience. You learn that you are capable of doing things on your own that you didn't think that you would ever be able to do.”