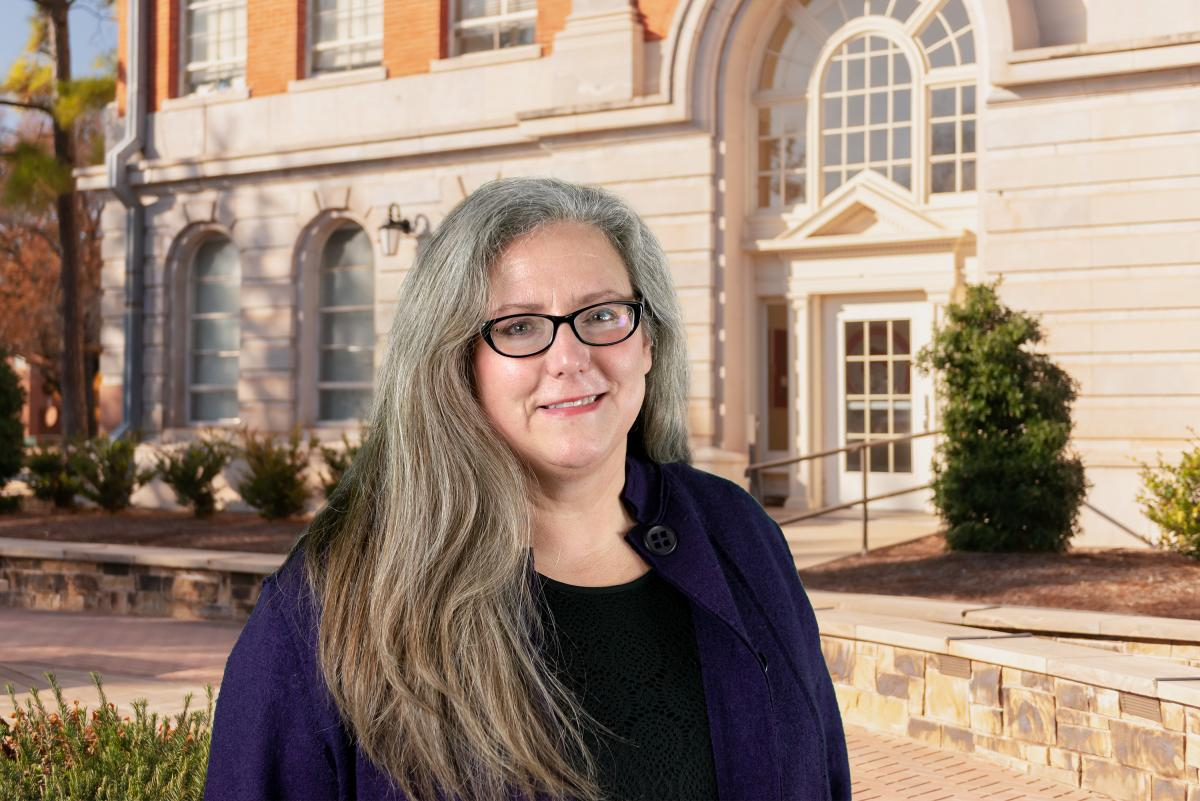 “This is the degree I have always wanted,” she said. “When I was younger, I could not figure out a pathway to poetry. It did not fit with a viable career plan.”

Wells-Rau has always been a poet, and writing has been an integral part of her life.

“As a child, I used to steal my grandmother’s recipe cards and type (terrible) verse on a manual 1940s Underwood typewriter.”

Her fascination with writing continued throughout college and led to a successful career. Wells-Rau was a writer at ConocoPhillips in Ponca City. She started as a secretary and worked her way up to strategic communications. She handled employee and emergency communications for the refinery.

“After my mother died unexpectedly, I decided to leave the corporate world and pursue something more meaningful.”

“I did this to see if I liked the department and to fill in some gaps in my education. More importantly, I did it to blow out the cobwebs. It had been a long time since I was in college,” she said, describing the changes in higher ed since she was an undergrad at the University of Nevada, Reno. “Enrollment was held in a gymnasium. We had to take an enrollment card to each department's table and ask if there were openings in each class. They would check a paper list, and if there was room, they would add us.”

Wells-Rau applied for the MFA program and started as a graduate student in 2015. The largest factor in her decision to attend OSU was the reputation of the creative writing program. 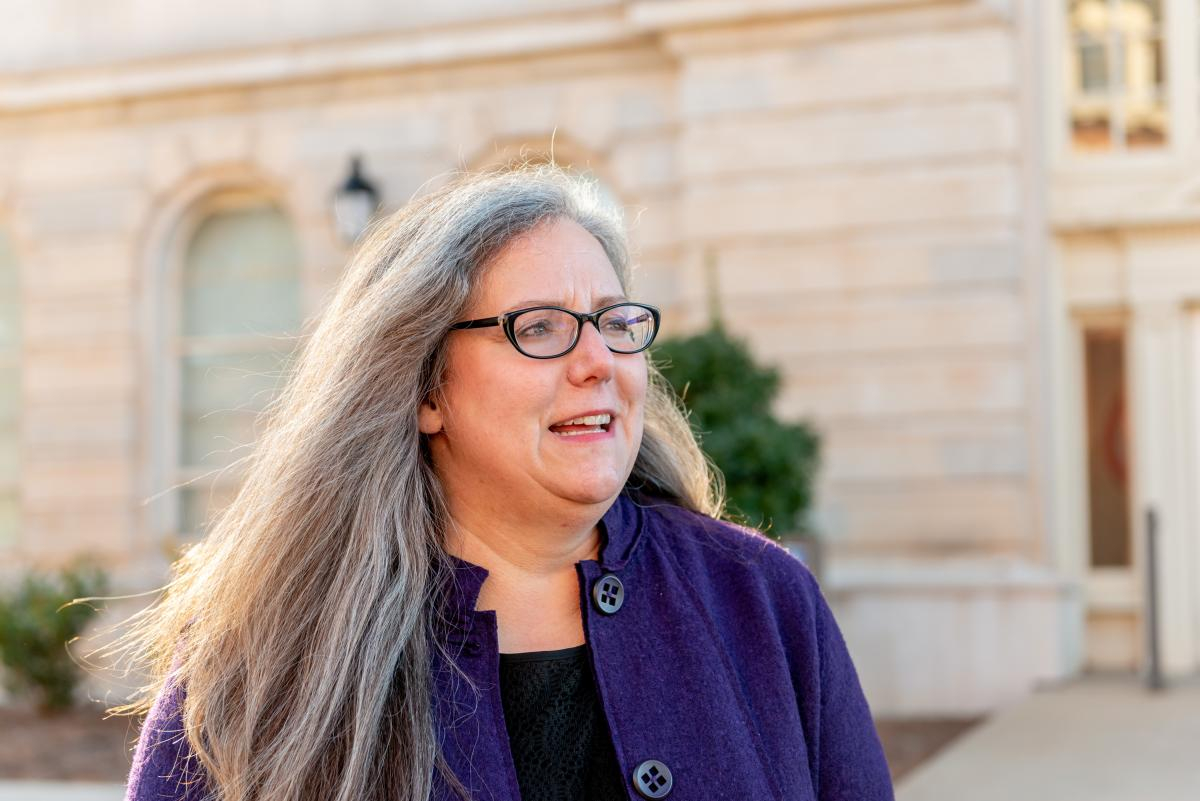 “Oklahoma State University is well-respected in the poetry community,” she said, noting the caliber of writers in the  creative writing faculty. “Poetry faculty members, Lisa Lewis and Janine Joseph, are award-winning, well-published poets who are well-regarded in the larger world of poetry.”

After starting graduate school, Wells-Rau found both benefits and challenges.

“Being older (from a different generation) is a challenge, but it's also a benefit. I am here to learn because I want to learn, and I do not have the immediate job-market pressures that my younger colleagues have,” she said. “I have the luxury of taking my time. Being older also means I have a broad experiential base. This serves both as a resource for dealing with life and writing about it.”

Wells-Rau uses life experiences, both personal and professional, in her poems.

“Lately, I’ve been trying to poeticize an industry that seems non-poetic,” she said. “Poets write what they know, and I spent nearly half of my life in the oil industry.”

In addition to attending graduate classes and writing poetry, Wells-Rau is an instructor for undergraduate composition classes. She enjoys showing young writers what writing is like in both academic and corporate environments.

“I like helping students realize that writing is not something to be feared. It is a useful tool for thinking,” she said. “I also enjoy being around undergrads and learning from them.”

Wells-Rau defends her thesis this semester. Following graduation, she plans to seek a publisher for her book, as well as continuing to teach writing at the collegiate level.  She has previous work published in The Maine Review, Bluestem Magazine, Poetry Quarterly and The Northern New England Review.

My grandfather spent
the dark hours—hoot owl,
they called it—keeping things running
inside that fence. He couldn’t explain them
to me, the levers and dials,
all the beaming lights.

Fallen stars dapple the verticals,
lines reaching upward, sky scrapers if we lived
somewhere
instead of this nowhere
of flyover states
flat and landlocked with neighbors
who were born here and never left.

Maybe it’s Christmas twinkling
from the edge of town,
somehow wrapped in glittering
ribbon, presents to ourselves
and not the fallen gods,
who punched through velvet black
of Oklahoma night.
Just look with your eyes. It’s really a place
with no map. Everywhere else
may as well be Mars, but, here,
we hold a solar system
every evening.

How do you tell
the world to a 10-year-old?
My grandfather liked to carry
a garden-raw potato
in his pocket. He’d snuggle it
near a gasoil reboiler to cook
for 3 a.m. dinner.
A steam whistle still calls out,
lusty and wet across the night,
signaling lunch breaks.

- Reprinted with permission of THE MAINE REVIEW