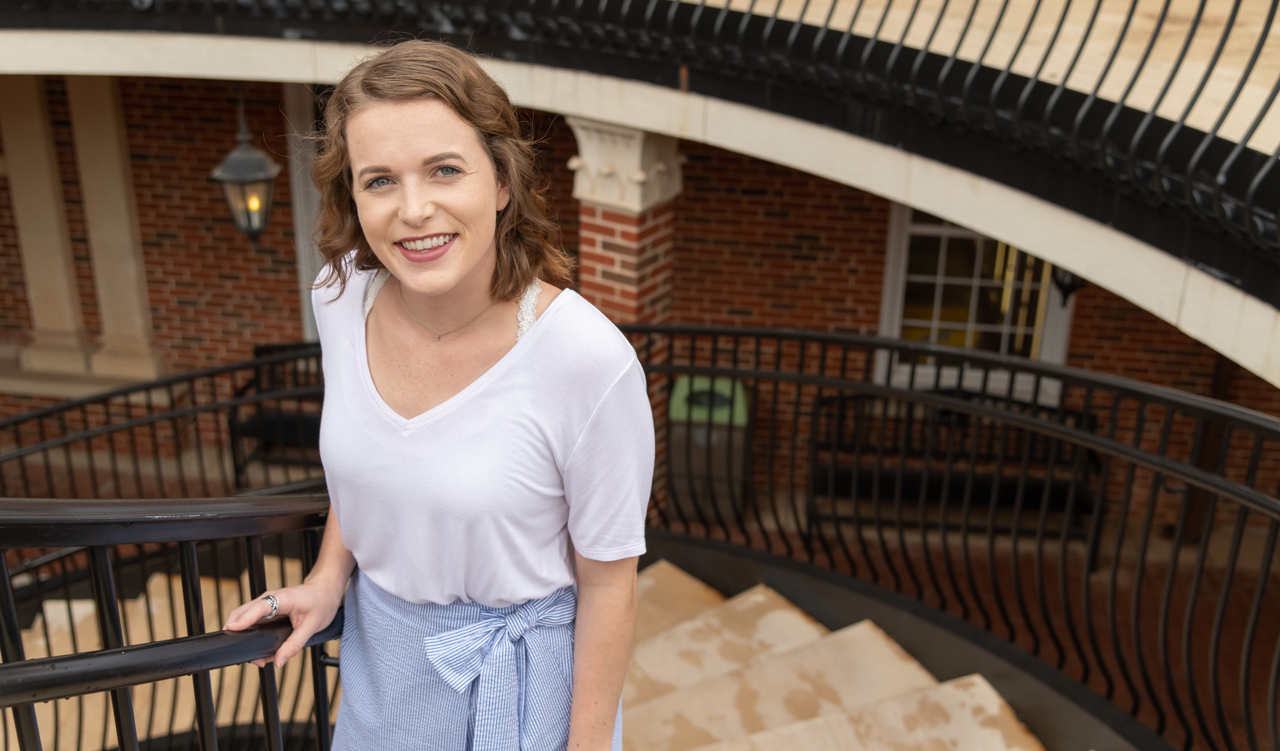 When Danya Brewer started as a freshman, she never saw herself becoming president of the College of Arts and Sciences Student Council. Yet three years into her journey at Oklahoma State University, she is leading CAS in a new direction and leaving a legacy.

Her journey did not start the way she was expecting. Coming from the small town of Emporia, Kansas, Brewer struggled to find ways to plug into the OSU community.

“I was really quiet but determined to get involved with campus. I actually failed so many times trying to apply for things because I was really shy,” she said.

When applications for Freshman Student Council came out, she got her golden opportunity. Not only was she one of 20 freshmen chosen to serve as a liaison between students and faculty, but she also was elected as the secretary.

“I took a leap of faith when I joined and decided to run for secretary, which was really out of the ordinary for me.”

This leap of faith marked the beginning of a three-year journey. The following spring, Brewer joined the College of Arts and Sciences Student Council, not only as a member but as a part of the executive team. As one of two Freshman Student Council coordinators, she would be in charge of finding and guiding the next group of 20 freshmen.

“I knew there were going to be a lot of people like me who had failed and didn’t know where to find their place. I just really wanted to be a mentor to people like me.”

After serving as a Freshman Student Council coordinator, Brewer decided to take her involvement to the next level by running for president, a decision that surprised even herself. As president her main goal has been promoting the Student Council as a voice for students. “I want to be a face, a voice, everything that I can be to try to get Student Council out there,” she said.

Serving as president has taken Brewer out of her familiar territory and into the spotlight but provided her opportunities to develop skills that she can apply to her future career goals like public speaking and time management. It has also allowed her to blossom into a more confident person. “I noticed I became more outgoing. I took more risks. I wasn’t just staying in my comfort zone as much and I really wanted to influence other students to do that as well.”

Brewer will graduate in May with a bachelor’s degree in psychology and a minor in sociology. She is “hoping to pursue medical school and be a neurologist in under-served areas.”

From a shy freshman struggling to get involved to a leader in the College of Arts and Sciences, Brewer embodies the motto of “Connect. Achieve. Succeed.” Brewer’s legacy will live on not only through her work with Student Council but also her passion to connect others.

“It’s possible to fail 100 times and still get up and be involved and find your place.”