Abigail Ferrell was in her Edmond North High School government class when a life-changing text message arrived. It linked to a video of OSU President Burns and First Cowgirl Ann Hargis congratulating her. She had to watch it 10 times until she comprehended the message: She was named a fellow of the Oklahoma State Scholars Society, the university’s premier scholar-development program for the best in-state students. Ferrell is one of four recipients in its inaugural year.

“I was definitely surprised,” she said. “To have been selected is a high bar, and I'm excited to try to meet it. This has been a very humbling experience.”

Her father graduated from OSU and her mother from Oklahoma Baptist University, so Ferrell applied to and was considered for scholarships at both institutions. Knowing that the pool of applicants at OBU was smaller, Ferrell assumed that was her better shot at financial support.

“I found out a week before the OSU interview that I didn't get the OBU scholarship,” Ferrell said. “I just thought, ‘If I can't get the one at OBU, I'm not going to get the one at OSU. There's no way,’ and then it turns out I got it!”

A psychology major, Ferrell, 18, applied for OSU admission before the early deadline of Nov. 1. As a result, she was automatically submitted for the OSSS scholarship since she met the criteria of a 3.8 unweighted GPA and at least a 30 on the ACT. She was then selected as one of 45 semifinalists for a phone interview.

“I had never done an interview, let alone a phone interview,” Ferrell said. “My teacher let me leave class so I sat in my car to call and when they answered, there were five other interviewers on the call! I was so nervous.” 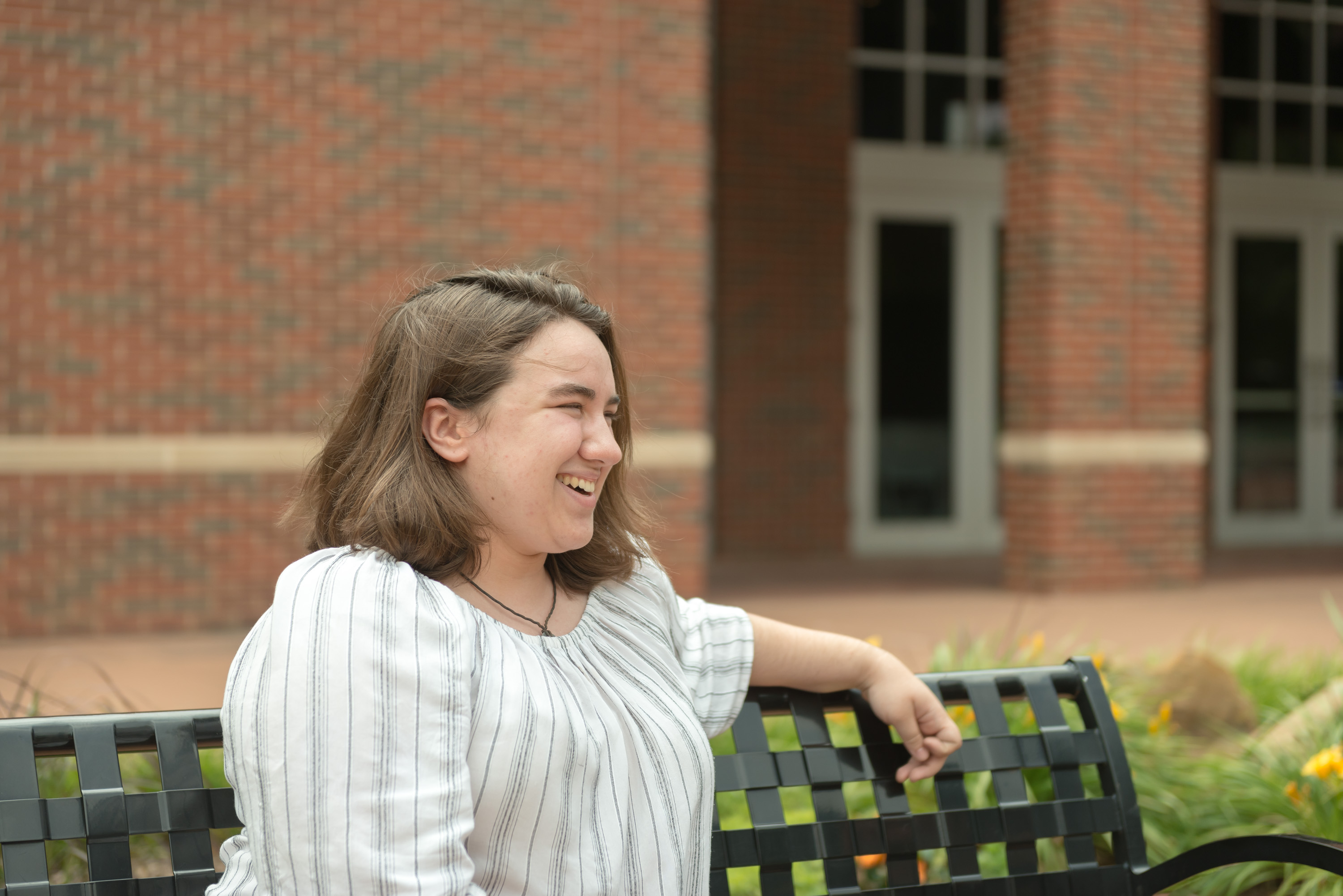 The 10-minute interview covered numerous topics including Ferrell’s experiences within her community. She discussed her volunteer work with her church, where she helped teach English as a second language. She built relationships, and eventually friendships, with many Venezuelan refugees who attended the church and regularly went into their homes for dinner and tutored their children.

“We would sit around talking at dinner about different parts of their culture and their countries, and it was only when I saw the humans involved that it became real,” Ferrell said. “They are real people, these are real lives.”

Benjamin Hagan, OSU’s assistant director of Undergraduate Admissions, was on the phone interview with Ferrell. Hagan helped push the scholarship forward with the idea of building a program that recruits the state’s best and brightest high-school seniors.

“Abigail, like the other recipients, has an ability to look outside of herself,” Hagan said. “You can see that in her choice of major and her outlook on life. She’s deeply involved, she's highly engaged and we see her approach other students with low ego and grace. It’s amazing. She doesn't have that sense of competition that can come with an award like this, which can actually prevent students from being successful. That's just a testament to who she is, how she was raised and the community that brought her up. She is here for the long haul.”

“We scholarship high-profile athletes, and now OSU fully scholarships those with high academic potential as well,” Hagan said. “This is a sort of starting line-up for the academic team.”

The four-year scholarship covers costs that other scholarships don’t, so it looks very different financially for each recipient, depending on the other scholarships awarded. It covers tuition and fees, room and board, $4,500 study-abroad allowance and other educational expenses. The OSSS provides a tremendous opportunity to in-state students.

Keith Garbutt, dean of OSU’s Honors College, said support for the fellows will go beyond the scholarship.

“Early in the semester, my wife and I will be hosting the students at our house for a home-cooked dinner,” Garbutt said. “We will sit around the dinner table and chat about their goals and aspirations and how we can help them get there.”

Garbutt will also be advising the fellows, to start preparing them for prestigious scholarships and study-abroad opportunities they would like to pursue.

Ferrell, who has enough AP credit hours to declare as an incoming junior, looks forward to studying psychology this fall.

“I've always enjoyed analyzing and looking at big-picture and little-picture, so I think psychology will be a good fit,” she said. “I still have a lot of dots to connect, but I'm looking forward to the advisors helping me connect those.”

Ferrell is grateful for the scholarship, which allows her to focus more on school and start planning her future. Her family is supporting her goals.

“I'm very lucky to have such a supportive family,” Ferrell said. “My achievements are not my own, and they never have been. I am the product of a loving and caring family. The love that they've given me and the opportunities they have given me have gotten me here.”