William Colby Starr has always had an interest in medicine. Growing up, he was often sick with sinus infections, upper-respiratory infections and other ailments. He and his family relied on antibiotics to cure him. While in a science class his junior year at Lincoln Christian High School in Tulsa, Oklahoma, he decided to write a research paper on antibiotic resistance. From that moment, Starr was driven to find a solution for that problem.

“I read a statistic that by 2050, 10 million people worldwide will die due to antibiotic resistance and to me that’s unacceptable,” Starr said. “I realized that antibiotics weren’t just for infections -- transplants and laparoscopic surgery can’t be done without antibiotics and it really limits medicine if we don’t have that.”

That passion grew during his four medical missionary trips to Central America. He worked with a core team of doctors who mentored him.

Starr realized he wanted to be a doctor and started taking steps to get there. He received scholarships to play basketball at a top Christian college in Oklahoma. 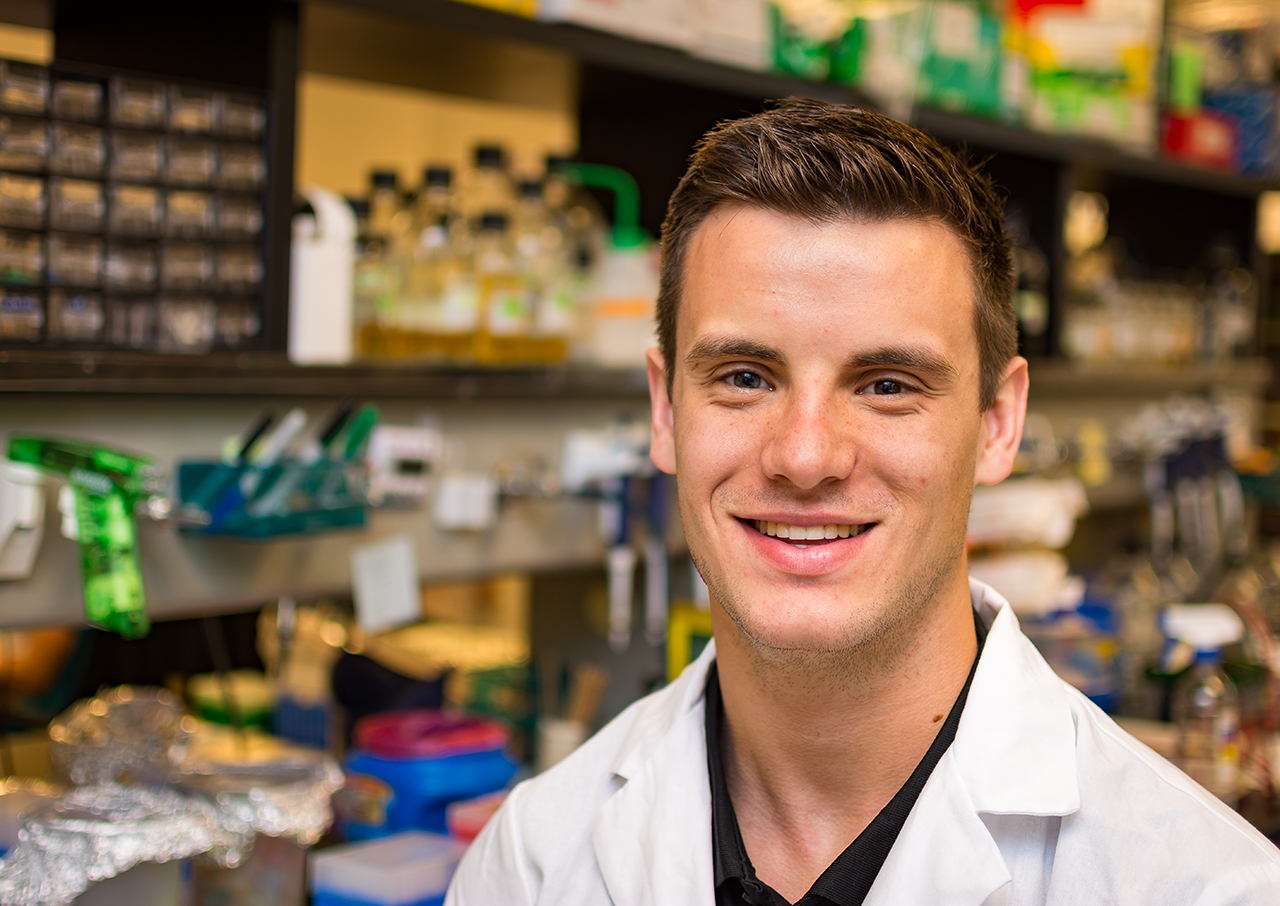 Starr was playing basketball 30 hours a week while keeping up with classes. He realized he would need to reset his priorities if he wanted to achieve his dream of going to medical school.

A third-generation Cowboy, he knew he could succeed at Oklahoma State University. Having come to campus since he was a child, he felt at home in Stillwater.

“I transferred from a university that had great, caring faculty and staff, but it only had one professor teaching all of the life sciences,” Starr said. “There were very few clubs and no research labs. There was a lot of love but a lack of opportunity, and at OSU you get love and opportunity.”

Starr quickly got involved on campus, becoming director of the Rooted Conference, a nonprofit which helps students get plugged into churches and other community groups. After organizing the conference, Starr felt rewarded to work so hard and watch 300 people he never met find a sense of community within OSU. But his hard work didn’t stop there. An OK-LSAMP recipient, Niblack Research Scholar and OSU Outstanding Senior were all accomplishments Starr achieved during his three years at OSU.

Starr is humble, giving a lot of credit to his OSU mentors.

“My advisor, Dana Hatter, pushed me to get out of my shell,” Starr said. “She was there to make sure I continued to push myself even whenever I didn’t think it was possible. She’s been really instrumental to plugging me into resources. Dana is willing to do anything for her students and she made Life Sciences East feel like a home.”

He worked diligently and through his research in Dr. Erika Lutter’s lab, he was able to present his research in Salt Lake City, Atlanta, Dallas and Chicago to name a few.

“When I transferred here, I thought my traveling days were done,” Starr said. “I traveled the country playing basketball, which was great, but I have traveled farther with research and a lot of those traveling opportunities have been provided by OK-LSAMP.”

Starr begins medical school at the University of Oklahoma this summer. But as he came toward the end of his time at OSU, he approached Lutter to find someone to fill his role over the research he’d been conducting, wanting to pay forward the opportunities he’d been granted.

“I wanted to be able to leave my data and publications behind, but I also wanted to pass the baton to another student within the lab,” Starr said. “I really enjoyed the opportunity to invest in the next generation and I now realize how much of an investment that Dr. Lutter made in me and I can make in other people. Dr. Lutter has been a great example of mentorship for me and she has allowed me to be successful in mentoring.”

Although he is heading to medical school, he plans to come back to OSU and speak on two occasions to let students know of all of the opportunities they have.

“The College of Arts and Sciences has provided me more opportunity than I thought possible,” Starr said. “Growing up, I had a lot of built-in opportunities but I didn’t have a lot of opportunities where I could just bet on myself and OSU has said, ‘You may fail, but we will let you try.’ It’s stuff like that I’ll never take for granted.”