Kirstyn Mazza was in high school when her younger brother was diagnosed with ADHD, and she questioned the diagnosis. At 16, she realized his behavior was not typical for a child with ADHD. 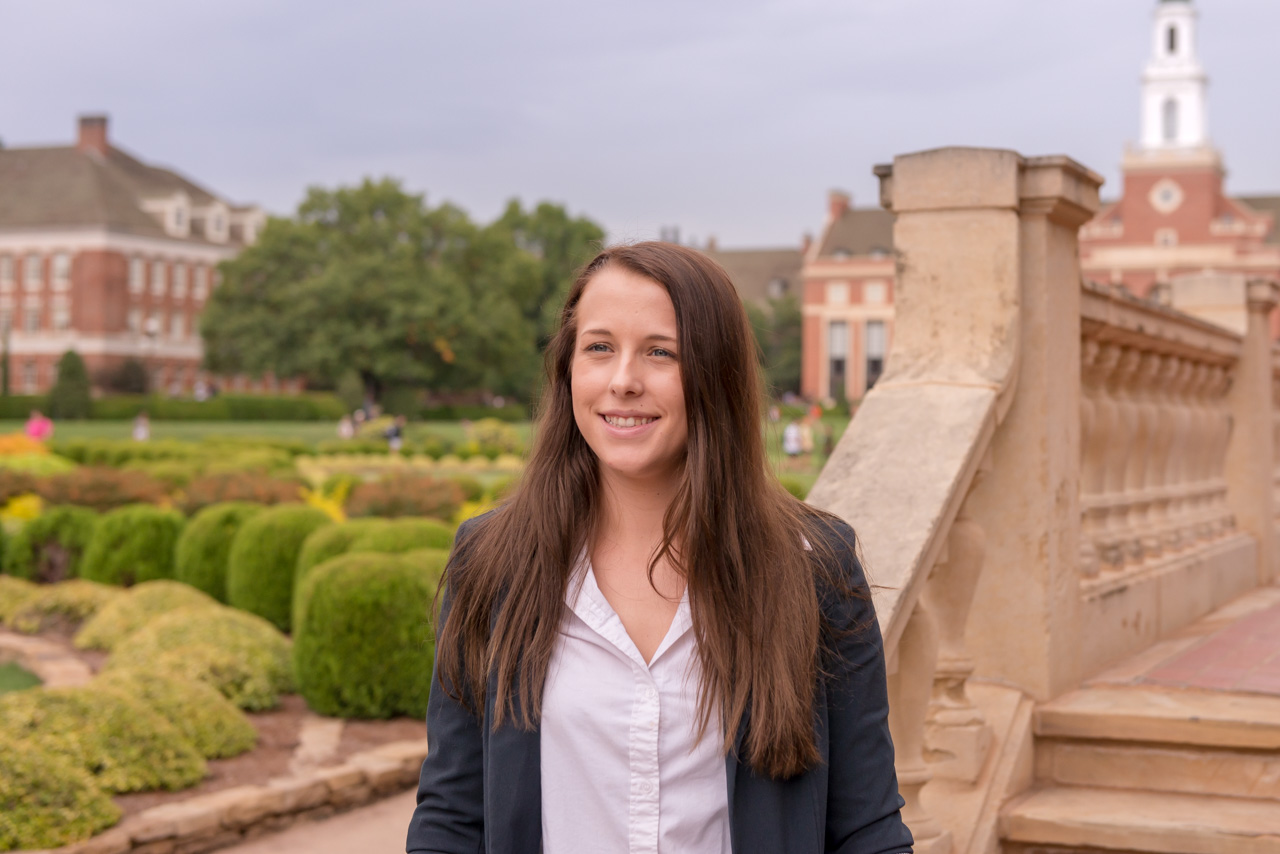 “He was more violent than the kids with ADHD and there were some aggressive traits,” Mazza said. “The way he would act was an indication: he was very repetitive with his words, and I did a little bit of research on autism.”

The more she learned about autism, the more Mazza worked with her brother on the side to help with his behavior. She quickly realized she had a lot to learn.

“I really didn't know how to research then,” Mazza said. “That's when I started to think that this field really suits me. So I started taking more psychology classes.”

She later took A.P. psychology in high school and excelled in it. When she came to OSU, she began her path as a psychology major. Now a senior, Mazza has gained a better understanding of research through incredible mentors in the Department of Psychology. She took Matt Alderson’s class and was immediately grateful for what he was teaching. She started working in Alderson’s lab, which researches attention and behavior, exactly what originally drew Mazza to psychology.

“The way he works with his graduate students is amazing to me,” Mazza said. “He pushes the students and lets them take the reins. He's very helpful and likes to get involved.”

As Mazza was contemplating what path to take to graduate school, Alderson encouraged her to focus on her passion of applied behavioral analysis.

“When I first got to OSU I thought I wanted to do clinical working with different disorders, but after talking to Dr. Alderson, I decided to work with applied behavioral analysis and work with kids like my brother,” Mazza said. “I will really enjoy working hands-on with the kids.”

Mazza’s brother was eventually diagnosed with autism and she is relieved that he is now getting the right treatment.

“I could see him struggling, and my parents struggling, and we couldn't figure out how to work with his behavior,” Mazza said. “Now that he’s been re-diagnosed, he’s going through applied behavioral analysis, which is better than when he was misdiagnosed as ADHD.”

Mazza plans to start graduate school and eventually establish her own practice. She hopes that her experience with her brother will help her in assisting others in the future.

To learn more about the Department of Psychology, visit psychology.okstate.edu.