Tristen Cook came to college knowing she wanted to choose a major that led her to a career in law enforcement; she just didn’t know how to get there.

Cook, a senior at OSU, originally started off majoring in psychology, but by the time her second semester arrived, she knew that sociology was her calling.

“When I saw sociology with an emphasis in law, crime and social justice I knew that was really what I wanted to study. I wanted to study crime and people and that is where it led me,” Cook said.
For Cook, it was important for her to find a major she had a passion for, and she hopes other students find that passion, too.

“If you find something you are passionate about, that passion is not just going to disappear because it’s there for a reason,” Cook said. “If sociology is it, that’s great, but if it’s not, there are plenty of other majors in the college of arts and sciences to choose from. The advisors are always willing to work with you and offer great assistance. I know a lot of people who choose to double major because they didn’t want to just focus on one major.”

Cook, originally from the Oklahoma City area, was raised in a law enforcement family. “I grew up around police officers and have the utmost respect for anyone in the force,” Cook said. “For the longest time, I’ve known I wanted to go into law enforcement. I don’t think there are enough people that really want to do it because of how people view law enforcement, but that is who I want to represent. All of their ideals and morals line up with mine so it would be a really good fit. 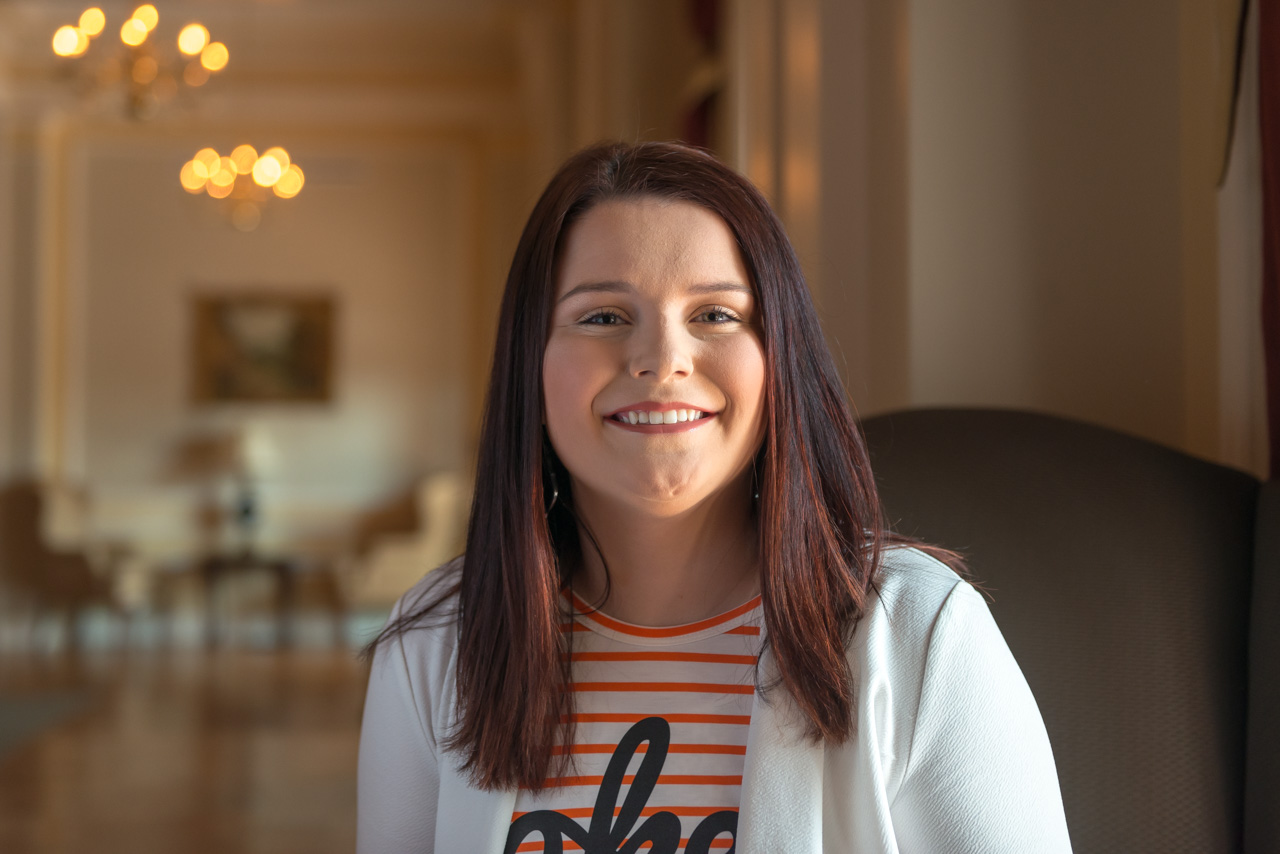 As Cook got older, the more she wanted to pursue her career in law enforcement. She felt called to do something bigger outside of just Oklahoma; she wanted federal or something that served nationwide.

In the fall of 2016, Cook applied for an internship that was everything for which she was looking. The opportunity was a 10-week internship at the FBI office in Oklahoma City. While she was there, she worked for the joint terrorism task force and was under a supervisor that was supportive and encouraged her and 10 other interns to gain experience.

“He made sure everyone was involving us,” Cook said. “Thanks to his support, I was able to work on case work, and was able to experience different aspects of the bureau. As much as we learned, it was just a little piece of everything the FBI entails.”

During her time, she learned about the bureau, and utilized critical thinking she learned from a few of her sociology classes. The taskforce motto: “We are one family,” was something that Cook really related to and by the end of the internship, she didn’t want to leave.

Her parents would say, “Show me a person who loves their job, and I will show you a person that has never worked a day in their life,” and that is exactly what Cook found during her summer with the FBI.

“The internship reinforced all of what I was feeling,” Cook said. “Everyone really enjoyed their job they all wanted to be there and helping each other. It was a great environment to be in.”

Sociology has been the perfect fit for Cook.

“I want to wake up every day excited to go to work,” Cook said. “I hope my sociology degree will bring some insight to the office work and the field work.”