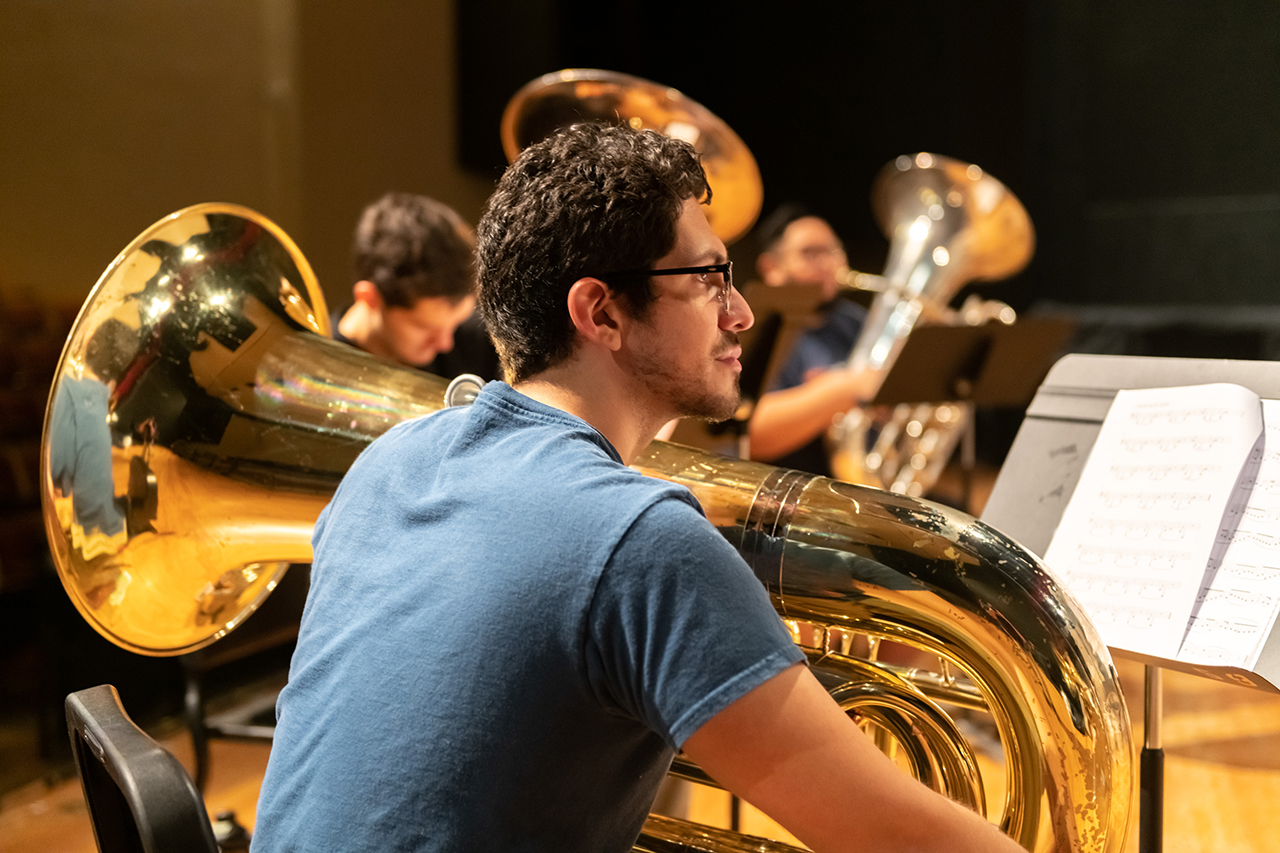 The Greenwood School of Music hosted the second annual Tuba Academy at Oklahoma State University last month with an artist recital at the Seretean Center for the Performing Arts capping the week.

“Nothing like this existed in this country for tuba,” Robinson said. “So, I teamed up with Buffet Crampon, and we made it happen.”

The seminar had an intensive schedule of master classes, lessons, recitals, recording techniques and more. Robinson brought in Derek Fenstermacher, the principal tubist of the St. Louis Symphony, as well as European artists Roland Szentpali and Andreas Hofmeir, which provided rare opportunities for American students to interact with them.

Szentpali is a Hungarian tubist and composer with numerous international awards who has written many works in a variety of styles. Hofmeir is a German tubist who has many successes both as a soloist and in orchestras such as the Berlin, Munich and Vienna Philharmonics.

“We have three master classes per day, and they all have different goals,” Robinson said. “The last one of the day is usually a professional development class for things that we need to know outside of being a great musician.”

Being the leading tubists of their generation, Robinson and Szentpali met during an international tuba conference and realized they had the same passion for teaching young musicians.

“We had fewer participants than last year, but the students get more one-on-one time,” said Szentpali. “We have more quality work, and it really feels like a family.”

Szentpali added, “They are much sharper and have clearer ideas on how exactly we work with music or what the technical issue is.”

The Tuba Academy attracted many students nationwide, including participants from Arizona, Indiana, Hawaii and Texas. Robinson promotes the event through word-of-mouth in the tight-knit tuba community and on social media.

With different teaching techniques in Europe and the U.S., Szentpali believes the academy “is definitely the best soil for young players to have a chance to meet and work together with professionals.”

“Some of our students are more interested in becoming band directors and some want to play professionally,” Robinson said. “But of course, they see the merit in becoming really great musicians. Something like this will help them get there.”

Pi-Ju Chiang, pianist and keyboard professor, was the accompanist for the recital that ended the event.