Steve and Susan Burgess had never been to Stillwater, Oklahoma, before they made the roughly one-hour drive from their new home in Shawnee on Aug. 9. They discovered Oklahoma State University has a beautiful campus and expert faculty, and most importantly, a community fulfilling the modern land-grant mission.

The Burgesses, who have been married 46 years, were among more than 50 participants at a three-day Parkinson’s disease (PD) boot camp funded by a College of Arts and Sciences Community Engagement Grant. The couple recently moved from Oregon to Oklahoma to live closer to their children and grandchildren following Steve being diagnosed with Parkinson’s disease – a progressive nervous system disorder that affects movements, speech and cognitive skills – about 18 months ago.

“The boot camp gave us a chance to learn some new things about managing the disease, and we also got to know some people in the Oklahoma community,” Steve said. “It was full of really good information.”

Susan, with emotion in her voice, added, “It’s so helpful to find support with other people in the same situation. … The boot camp was free, and held in an accessible venue. Lunch was provided. It gave us time to interact and meet people. It was definitely worth the trip.” 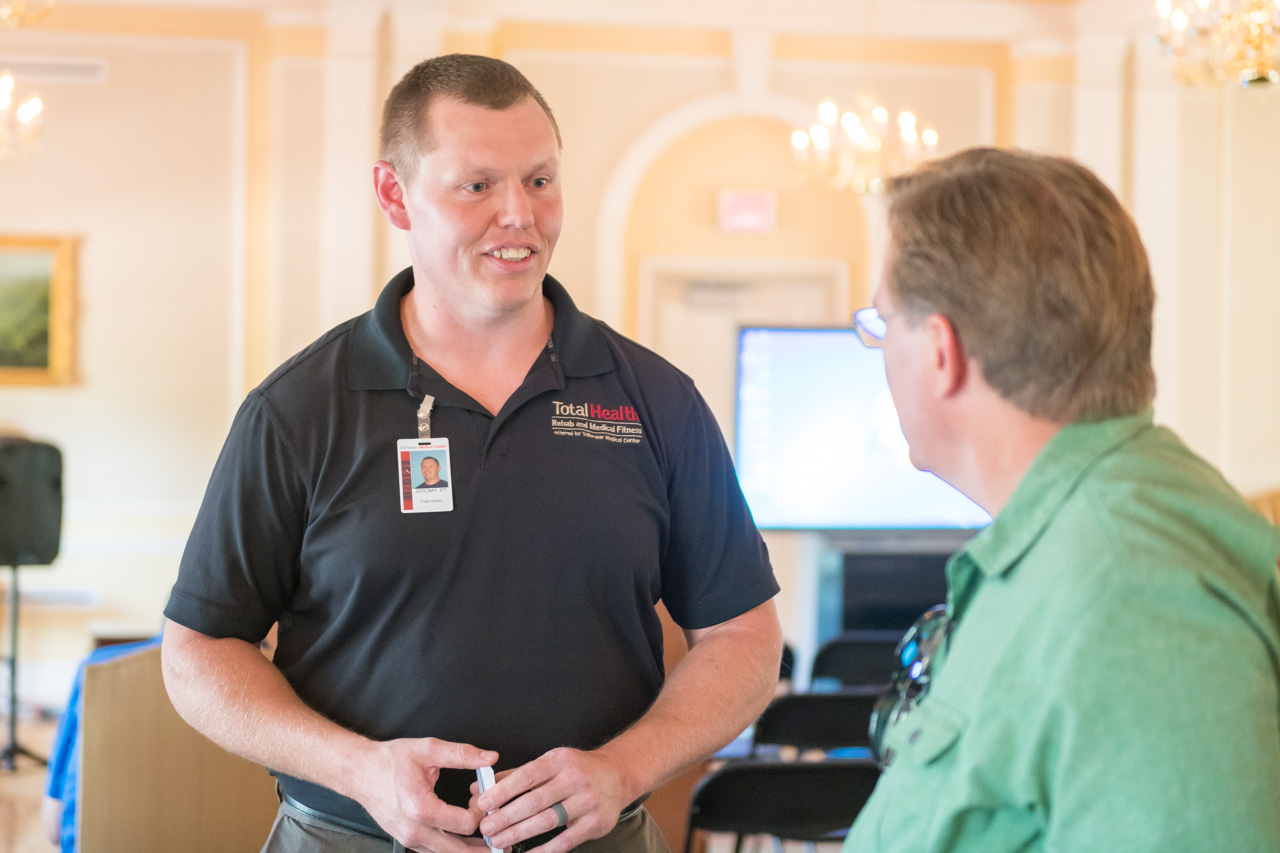 Sabiha Parveen, an assistant professor and graduate program director in the Department of Communication Sciences and Disorders, organized the event held in Murray Hall, the Student Union and the Prairie Arts Center. She was also a speaker, covering the topic of effective communication. Trevor Courouleau, a clinical assistant professor of audiology in the department, discussed the role of hearing. Communication Sciences and Disorders students also assisted with group activities.

Two sessions were presented by speakers from the College of Human Sciences: Gena Wollenberg, Esosa Osagiede and Christina Sciarrilo spoke about nutrition, while Todd Spencer covered family issues. Tim Passmore from the College of Education, Health and Aviation did a presentation on recreation therapy.

“It’s been really great getting the support from everyone involved,” Parveen said. “I reached out to a lot of people, and they were all really excited to help. We really wanted to bring together a lot of the resources available locally so that people know they aren’t alone and they have a lot of places they can get help.”

“We’re working on adding some other programs such as offering physical exercise or maybe a cooking class for the PD community,” Parveen said. “Our department does a lot of things, but we don’t always do a great job of showing it off, so people don’t realize how much we are helping people.”

For the Burgesses, that was abundantly clear.

“They really reminded us that there are options and things to explore and live a good life,” Susan said. “It’s not over with the diagnosis. This disease is not who you are.”