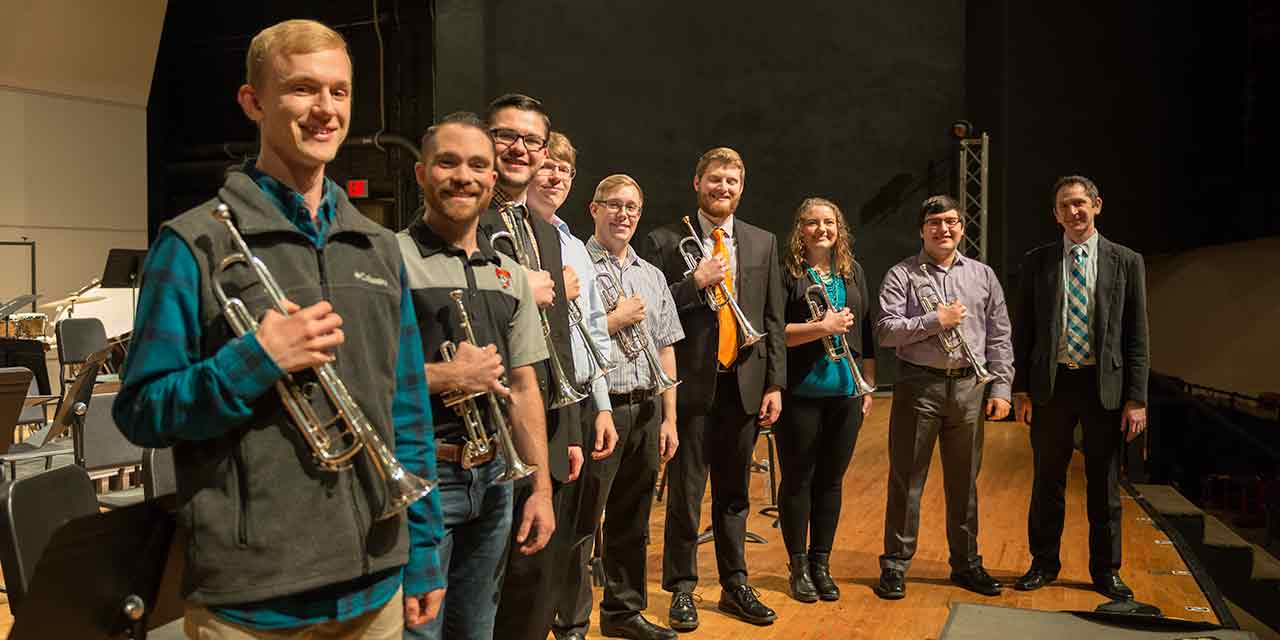 Oklahoma State University has firmly established itself as a powerhouse at the National Trumpet Competition, winning at least one division in each of the past five years. On June 2, the program reached an even higher level by claiming both competition trophies at the International Trumpet Guild Conference in San Antonio, Texas.

Noah Mennenga won the ITG Solo Competition, in which he was the only American among the three finalists. Meanwhile, Ian Mertes claimed the ITG Orchestral Excerpts Competition. He was joined in the finals by Nick Nusser, who placed third.

All three won at the National Trumpet Competition in Denton, Texas, on March 10. Mennenga was the top soloist in the undergraduate division, while Mertes and Nusser were among the seven members of OSU’s title-winning large ensemble. 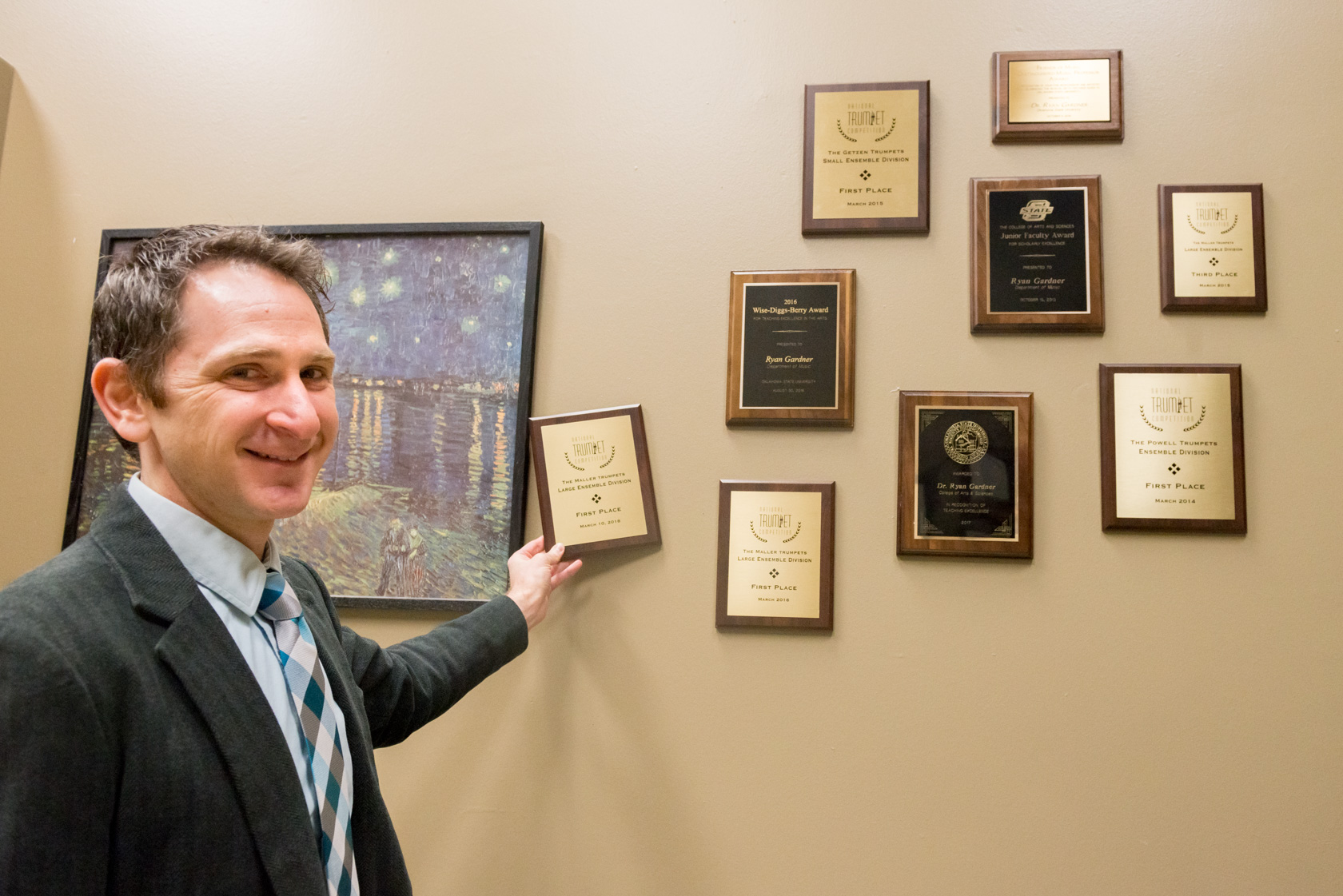 “It’s so inspiring to see the students succeed like this,” Gardner said. “We have done very well at the national competition over the past five years, but we had never competed at the International Trumpet Guild Conference before. To sweep both competitions is truly a remarkable achievement for these incredible young men.”

“To finally win the soloist is very exciting,” Mennenga said. “Then to have a great performance and win at the international competition was even more amazing. It’s really cool to see all of our hard work paying off.”

Mennenga finished third as a soloist at the 2017 National Trumpet Competition, when OSU’s Natalie Upton won. He was also part of the winning large ensemble in 2016.

Mertes was another member of the 2016 ensemble. The music education junior from Cushing, Oklahoma, was thrilled to earn two more championships this spring.

“We were so pleased to win in Denton, and then having three of us reach the finals at the International Trump Guild was phenomenal,” Mertes said. “Then for all of us to play well at the international competition and have two of us win is truly remarkable. It’s a special program that Dr. Gardner is developing here at Oklahoma State. We work hard, but we wouldn’t succeed like this without his instruction and tutelage.”

Nick Nusser is a first-year trumpet master’s student. The native of Winston-Salem, North Carolina, had previously competed at the National Trumpet Competition during his sophomore year at the University of North Carolina at Greensboro.

“It’s so much fun to go there and show everybody what we’ve worked on,” Nusser said. “Then I was able to compete again at the international competition, and watch Noah and Ian win. Now I am a national champion and an international finalist. That looks pretty good on a resumé.”

The only female member of the large ensemble is Steffi Tetzloff, a sophomore trumpet performance major from Rochester, Minnesota. For the second year in a row, she won a scholarship to attend the International Trumpet Guild Conference through a competitive recording process.

For more information about the OSU Trumpet Studio, visit trumpetstudio.okstate.edu.