Coming from a rural town in West Virginia and a family of miners and railroaders, William “Bus” Jaco never thought he would make it to college, much less have a doctorate degree, a theorem named in his honor and be inducted into the Oklahoma Higher Education Heritage Society Hall of Fame.

“The Hall of Fame is a terrific honor,” Jaco said. “The department told me about the nomination, but I was still flabbergasted when I received the letter in the mail. I would never guess I’d be chosen.”

Chris Francisco, head of the Department of Mathematics, is one of many who wrote a letter of recommendation.

“Bus Jaco has had a profound impact on mathematics, on Oklahoma State University, and on higher education in the state of Oklahoma,” Francisco said. “He is one of the world’s leading researchers in topology, having published incredibly influential mathematics in the top journals throughout his career.

“His recent efforts to encourage active learning strategies and help improve gateway math courses across Oklahoma through the Mathematical Inquiry Project have the potential to make a big difference in higher education in our state,” Francisco continued. “Bus has had a truly remarkable career, and we are thrilled that he is being honored in this way.”

“Bus” is a colloquial nickname in West Virginia, where he grew up. It was given to him by his mother, and it stuck. And that’s just one of the many ways his upbringing is still evident in who he is today.

Fascinated with numbers, Jaco taught himself how to add and subtract. He would work out every problem in a math book at the dining table, take a nap and keep working.

“I got involved in mathematics at a very young age. If I saw anything about math, I messed with it,” Jaco said. “While working as an auto mechanic, I would work on math problems during lunch breaks and show my teacher, but he didn’t believe I could actually do that.

“Mathematics, especially geometry, is compelling to me,” Jaco added. “I just love it.” 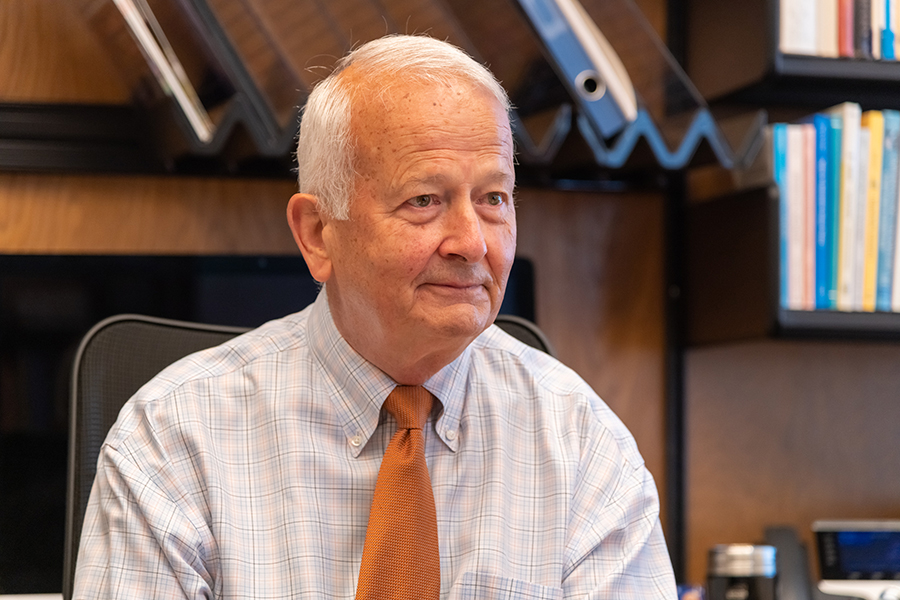 Vowing to prove his teacher wrong, Jaco planned to become a teacher himself. He attended Fairmont State College for $35 a semester with the help of his mother. Interestingly, he was in a group for Future Teachers in high school. Being a teacher was always in the back of his mind.

“I did very well on tests, but I didn’t really stand out otherwise,” Jaco said. “But I was on the 1956 West Virginia state championship football team. I did very well at Fairmont State College.

“There were recruiters from Penn State, and they had heard about me from the faculty at West Virginia University, which was nearby,” he added. “They recruited me to work in the underwater acoustic lab at Penn State sponsored by the Navy.”

Though Jaco was mainly interested in math, he worked with the lab and eventually earned a master’s degree and a graduate fellowship.

“It was an easy and good time for students in science and mathematics,” he said. “It was post-Sputnik. The government was pouring money into science and math, so we rarely had issues with funding. A lot of the things we did were exciting to be working on at that time. I was lucky.”

Jaco earned $500 per semester, which was enough to keep his family warm and fed.

After receiving a scholarship to attend Harvard, Jaco took his first airplane trip, from Pittsburgh to Boston.

“They started quizzing me when I first got to Harvard,” he remembers. “Some of them didn’t think I had the background to complete a doctorate there. I was nervous. I’d never even seen an elevator before.”

At the time, Harvard had the nation’s best underwater acoustics lab, but Jaco ended up pursuing his doctorate at the University of Wisconsin under R. H. Bing, then president of the American Mathematical Society.

“I’ve always wondered what it’d been like if I had stayed,” he said. “However, I liked the research aspect at Wisconsin, and R. H. Bing said he would take care of me."

Jaco completed his degree after four years. In 1968, he received an offer to study at the Institute for Advanced Study at Princeton University but didn’t feel he was prepared enough, so he took the opportunity to conduct research at the University of Michigan.

A few years later, Jaco had another opportunity to attend the Institute before he started the tenure track at Rice University in Houston, where he taught for 12 years. 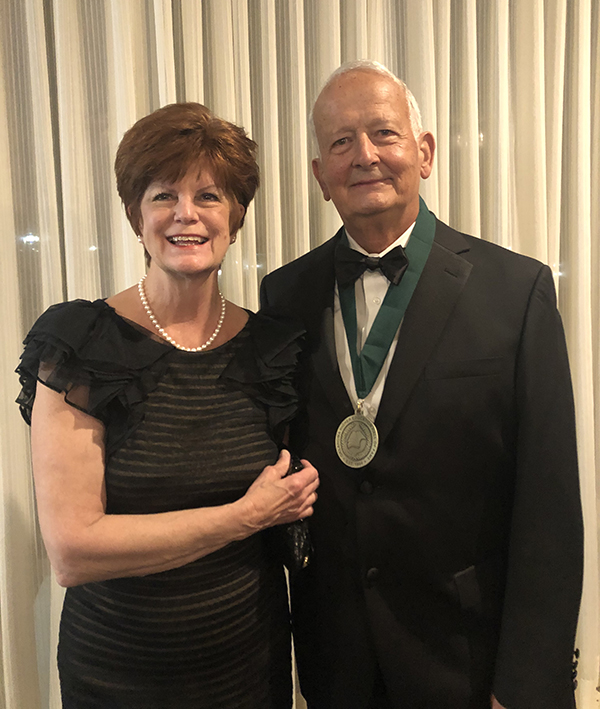 In 1982, Jaco was recommended by OSU faculty to apply for head of the Department of Mathematics.

“I thought I’d spend most of my time doing administrative work,” he said. “I hired many people and four of them were Sloan Fellows. That attention helped me become the executive director of the American Mathematical Society in Province, Rhode Island. That’s the largest math research society in the world, where I spent seven years.”

After returning to OSU in 1995 as the Grayce B. Kerr Chair in Mathematics, Jaco undertook extended research visits at the University of California-Davis, the American Institute of Mathematics-Palo Alto, University of Michigan and the Institute for Advanced Study – Princeton. He also spent one year in Melbourne, Australia, for research.

“When I went to the AMS, I thought I had to give up research to be an administrator,” he said. “But receiving the appointment as to the Grayce B. Kerr Endowed Chair, I was able to regain my research activity and kept my research going with grants and publications.”

Currently, Jaco and a team of math education researchers are working on reforming mathematic education through learning by inquiry. The Mathematical Inquiry Project is funded by the National Science Foundation and involves all 27 public institutions of higher education in Oklahoma to “change the culture and pedagogy of entry-level math.”

“This is a five-year plan and a big task,” Jaco said. “My job as the principal investigator and administer is to build collaboration and external support. We have institutions in other states that also want to join the project...”

Jaco is also executive director of Mathematics Learning by Inquiry, a nonprofit organization which supports and expands the community of teachers to strengthen the mathematical preparation of students.

For his 70th birthday, the OSU Department of Mathematics hosted JacoFest — a conference celebrating his achievements.

“There were all kinds of people who came to talk about how hard I’ve worked,” Jaco said. “I didn’t realize how much I’ve done until I reflected on it. I’ll be 80 this year. If you lived this long, you’ll have time to do a lot of things.”

“However, now that I have stepped down from my second round as Department Head, I hope I can get back to research and stay up again,” he continued. “I have an excellent doctoral student working with me and this is great motivation.

Jaco was awarded the OSU’s Eminent Faculty Award in 2017.

“There’s something about your colleagues on campus identifying you in that way,” he said. “It has a different scale of recognition. This award is very special to me.”

Francisco also commented on Jaco’s contribution in the math field.

“Bus led the American Mathematical Society at a pivotal time for the profession and revitalized it, turning it into a modern, effective professional society,” the department head said. “Twice Bus has been the head of OSU's Department of Mathematics, first creating a well-respected research department in the 1980s and then providing leadership on teaching issues in the 2010s, getting the resources the department needed to be a state and national model in mathematics teaching.”

Having the Jaco-Shalen-Johannson Decomposition Theorem named for him, along with collaborators Peter Shalen and Klaus Johannson, is also special, even if the theorem can’t be easily explained.

The team created a topological construction known as the JSJ Decomposition, an algorithm which decomposes a three-dimensional object into one of the possible eight geometry curvature pieces.

“While working at the American Mathematical Society, I was invited to a talk on the JSJ Decomposition Theorem," he said. “I was hesitant as I wanted to follow up on some new work and didn’t know what JSJ meant, and they told me, ‘It’s what you collaborated on proving!’”

Jaco is grateful to be part of the community of mathematic researchers. He noted that in the past 100 or so years there has been more research and discoveries in mathematics than in all previous human history.

“Mathematics research is a part of me,” Jaco said. “I love to do it.”