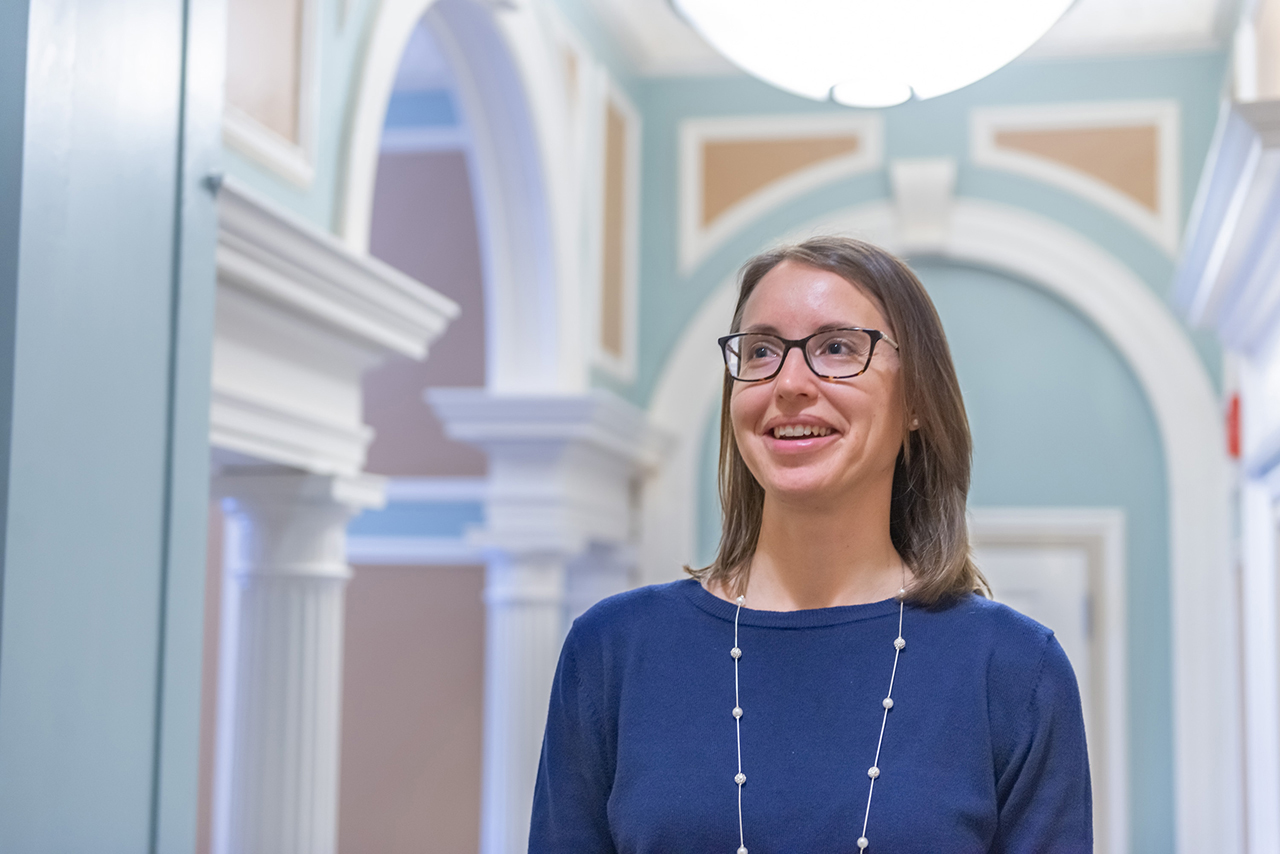 Eve Ringsmuth spent her early years in a single-parent home, where her mom was determined to provide her with the same opportunities others enjoyed.

“I think she was from that generation where feminism was really coming into its own with more women entering the workforce,” Ringsmuth said. “For example, I remember participating in Take a Girl to Work Day with my mom and a few other people.”

The Missouri native went on to become an Oklahoma State University political science professor after earning her Ph.D. from the University of Minnesota. Her academic discipline was an easy choice, because she has always been interested in the judicial system.

“In high school, my friend and I shadowed a federal judge for a day,” Ringsmuth said. “Even though I didn’t become a judge, knowing opportunities were accessible to me were really important.”

Her undergraduate thesis solidified her career path in academia.

“I really enjoyed research and wanted it to be a part of my future career,” Ringsmuth said. “I also like the university setting, the campus atmosphere and the schedule. It’s nice to have some flexibility.”

“Conventional wisdom suggested that justices usually go into oral arguments with their minds made up, and they go through the motion of the argument at the Supreme Court level,” Ringsmuth said. “But my research—based on the personal papers of Supreme Court justices available at the Library of Congress and other archives—suggests oral arguments change the way justices vote in a significant minority of cases.”

Her research also focuses on hearings for judges nominated to lifetime positions on lower courts. She will be publishing a book about the subject soon.

Ringsmuth was recently awarded the Oklahoma Political Science Association’s Political Science Teacher of the Year for Four-Year Institutions with the support of the department head, Dr. Farida Jalalzai, and her colleagues.

“Dr. Ringsmuth has demonstrated exemplary skill in teaching political science classes,” Jalalzai said. “This award, I am sure our students and faculty will agree, is a well-deserved acknowledgement of all the amazing work she does both inside and outside of the classroom.”

Dr. Jeanette Mendez, interim dean of the College of Arts and Sciences and former head of the Department of Political Science, also commented on Ringsmuth’s teaching excellence.

“Dr. Ringsmuth has a well-considered philosophy where her courses both challenge and encourage students,” Mendez said. “I was particularly impressed when I couldn’t tell the graduate from the undergraduate students during observation in one of her classes.”

In the classroom, Ringsmuth utilizes the Socratic method, asking students questions in discussions to encourage them to “critically analyze a topic or issue” before following up with deeper, more specific questions. She hopes her students can operate in society and interact in productive ways, whether they become lawyers or pursue other career opportunities.

“I want to highlight for the students that it’s perfectly legitimate to have different perspectives, and there’s good reasons to,” Ringsmuth said. “There are various ways we can view one topic or issue, and we need to acknowledge the counter-arguments. You can still advocate on behalf of your position, but I want you be aware of the other side as well.”

“It’s important we have these conversations, and we learn how to disagree in a way that’s OK,” she added. “That’s one of the great things about living in a democratic society.”