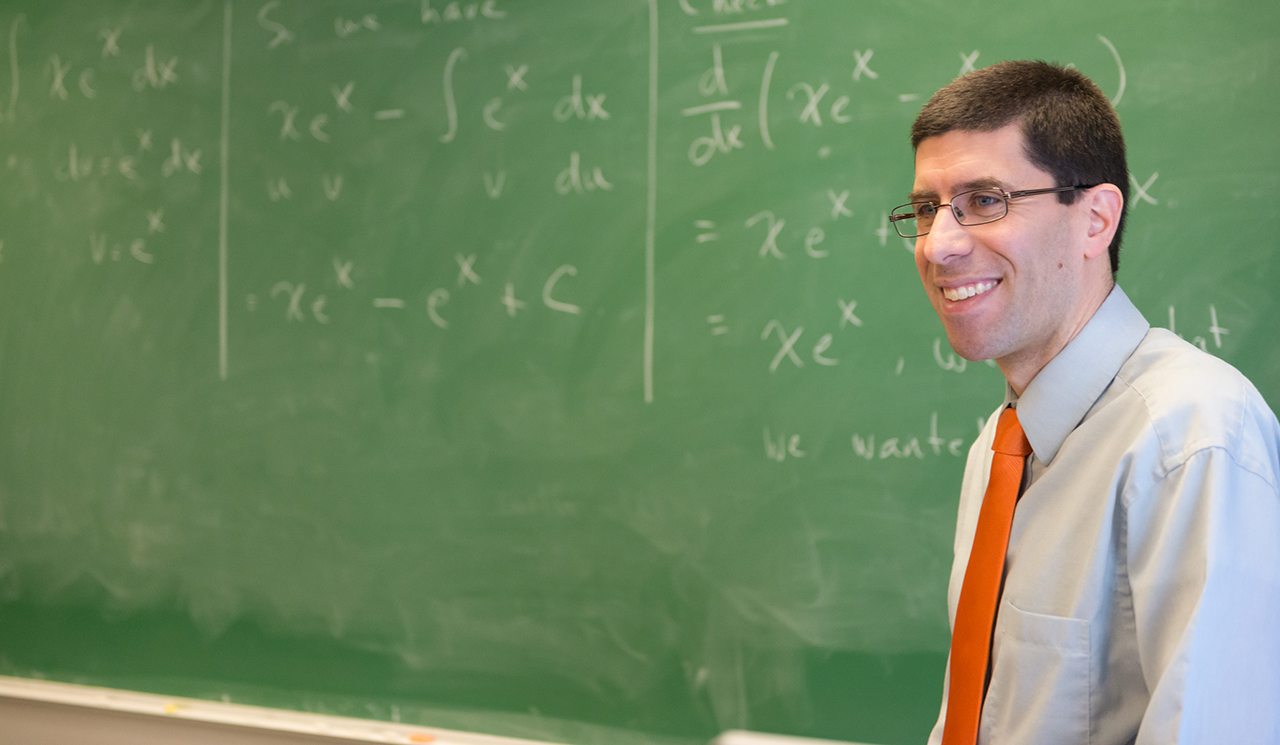 As both a mathematics professor and researcher, Chris Francisco regularly challenges assumptions. He rejects two of the most common ideas about his beloved subject: that math is inherently boring, and that it is inherently difficult for most people. The associate professor of mathematics and associate head for lower-division instruction uses his passion for the subject to help OSU students succeed across the university.

In fact, the National Resource Center for the First-Year Experience and Students in Transition at the University of South Carolina and Cengage Learning honored Francisco as one of 10 Outstanding First-Year Student Advocate Award recipients at a Feb. 10 banquet in San Antonio, Texas.

He was nominated for his work with the Success in Undergraduate MathematicS (SUMS) initiative, which is designed to help students pass entry-level classes. Since the program started in 2012, OSU has seen an 11-percentage-point decrease in students failing or dropping those courses.

“This is really an award recognizing the success that our entire university has had increasing the number of students passing entry-level math classes and continuing on to their degree plans,” Francisco said. “It’s representative of all the work we did across campus. Our faculty, lecturers and teaching assistants worked really hard. However, we wouldn’t have been able to do it without partners across campus, including at each of the colleges, advising staff, Academic Affairs and the list goes on. Everyone has been on the same page, determined to help students succeed.” 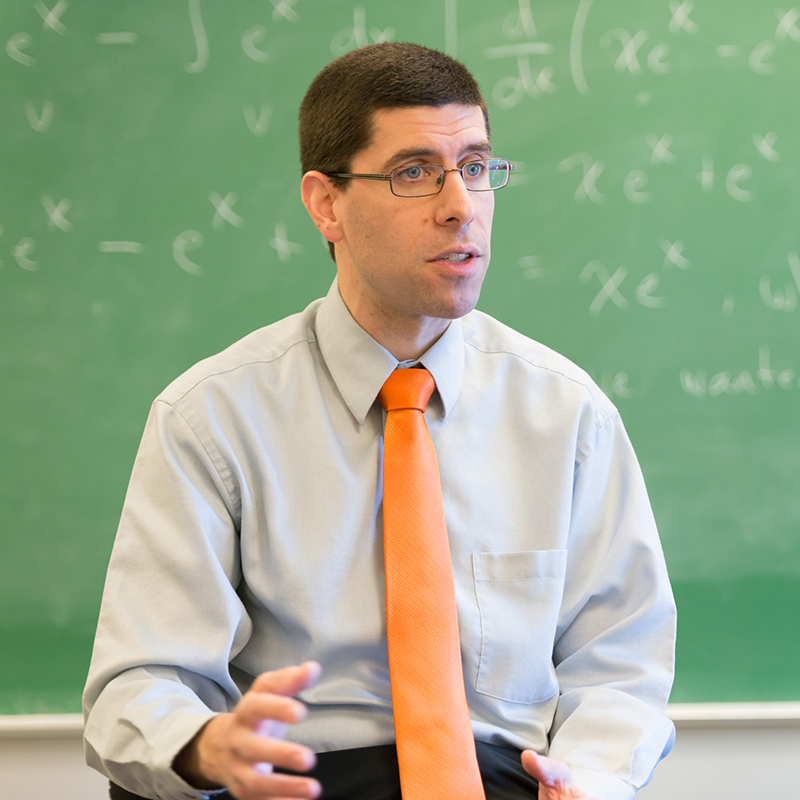 Part of the success is attributed to the co-requisite instruction model implemented by William “Bus” Jaco, head of the Department of Mathematics, and Francisco. It allows cohorts of students who would have enrolled in a remedial course to take standard first-year courses with additional support. These students attend the regular classes on Mondays, Wednesdays and Fridays, and also go to special sessions on Tuesdays and Thursdays, where an undergraduate learning assistant reviews lessons from the last class and also previews upcoming material.

Francisco said national data shows less than 20 percent of students who enroll in remedial courses go on to pass college-level math courses within two years. Through the co-requisite model, more than two-thirds of OSU students who would have previously taken remedial courses are now passing the credit course in one semester.

“The biggest impediment to student retention is that first math class,” Francisco said. “Once we get the students into the class, the only two factors that matter are going to class and doing your homework. We now have thousands of extra students who are succeeding in math, so they don’t have to change their degree plans or get behind on sequencing. That has big impacts for their careers.”

Two of Francisco’s colleagues nominated him for the Student Advocate award. Amy Martindale, the College of Arts and Sciences’ assistant dean for student academic services, wrote a nomination letter that said, “It is no small feat to generate positive feelings about math among people campus-wide.”

She also wrote, “He makes OSU a better place for students to learn the math they need for their future careers. His focus is on students and their success, without the need for personal recognition. … Dr. Francisco spends countless hours reviewing lists of students who have not met course prerequisites. He is professional and supportive in his outreach to these students and their advisors. His compassion demonstrates his true desire for each student to be successful.”

Missy Wikle, OSU’s assistant vice president for new student transitions and retention, penned the other nomination letter. She wrote, “He believes math classes should be engaging and not marred with long computations, formula memorization, artificial context, and lack of real-world application. … He is the epitome of a student advocate and fully understands the importance and impact a student’s first year on campus has on their future success. Every thought and every action is based in student support and success.”

OSU’s Mathematics Learning Success Center was established in 1985, but Francisco oversaw its renovation and relocation to the Edmon Low Library in 2013. Last semester, it exceeded 36,000 student visits. More than 85 percent of students enrolled in lower-division math courses visit at least once per semester. Students have their questions answered by other students, tutors, coordinators and even the math faculty.

“They build a sense of community there,” Francisco said. “They hang out and do their homework. They sometimes teach each other better than we do. Together, we all remind students that everyone needed help at some point, and that includes the faculty.”

More national attention for the Department of Mathematics

Last week, OSU was featured in the third issue of Notes from the Field, a publication from the University of Texas at Austin’s Charles A. Dana Center. The newsletter spotlights innovations from higher-education institutions that are improving entry-level mathematics programs. This issue focuses on the success of the MLSC under the guidance of Jaco, Francisco and Melissa Mills, who was hired as director in 2015.

The article’s final line is, “Oklahoma State University remains a leader in providing innovative mathematics support to its students, and continues its commitment to gather meaningful data about best practices and to collaborate with other institutions to keep improving student support services.”