The OSUPD is concerned with preparing officers and providing the resources so that officers can protect themselves when assisting in situations where the coronavirus is present. They are also focusing on remaining flexible during this time and educating officers on the different workforce operational changes.

“We’re still 24/7 coverage. Our lobby is open but it’s remotely monitored in the sense that our dispatchers can watch and view video and they can interface with the people that walk in.” 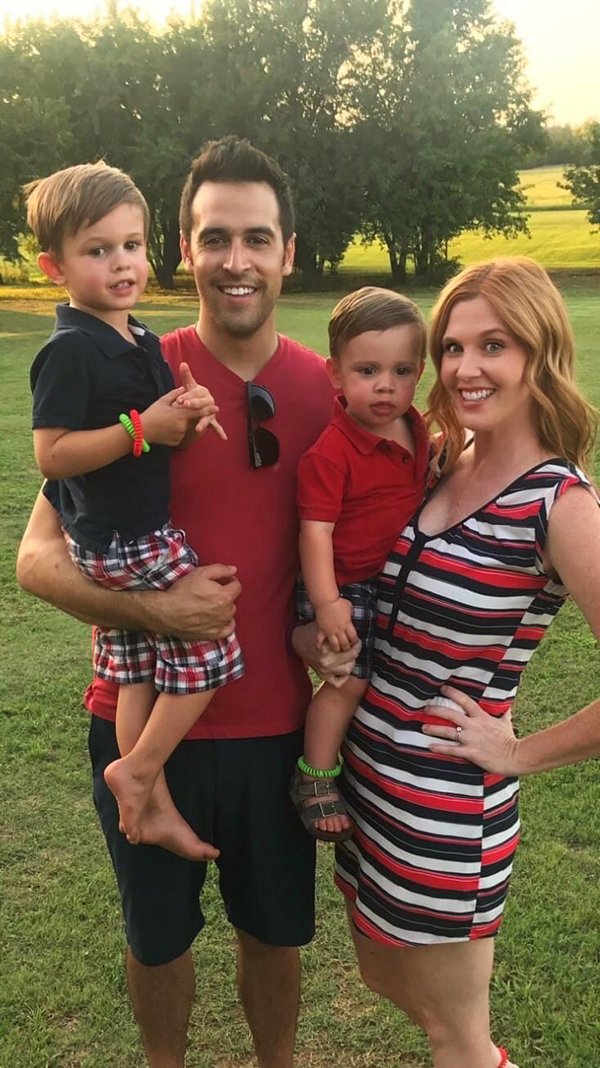 “It’s definitely tested me,” he said. “It’s tested me in the sense of being more flexible. I enjoy social interaction. I like to go to my workplace and have the social interaction. So not being able to regularly see the people we work with or have those in-person meetings has been difficult on a personal level. At the same time, you have to sacrifice to make the changes to make things operate as normal. So it has been a little bit of an adjustment but it’s not something that we can’t overcome.”

Chandler advises the public to be proactive.

“The best thing that we can all do is adhere to what the CDC and the government is educating us on and using the best practices that they’ve determined will help slow the spread or flatten the curve,” Chandler said. “It’s easy to think that you’re not vulnerable and it’s easy to think that you may not be making someone else vulnerable. But at the same time, I think we have to lean on the scientific and medical industries to help us understand a pandemic like we’re experiencing.

“When there’s no other source of validated data to fall back on, I think you have to use your best judgment and do what they’re suggesting. That’s the safest thing that anybody can do at this point. But if you do need to go out in public, I encourage people to be mindful of their surroundings. Wear protective masks, wash your clothing and your food packaging, and follow all the CDC recommendations so that you do limit the risk of exposure.”

Chandler grew up in Oklahoma City and graduated from Deer Creek High School. He attended OSU-OKC and received a degree in police sciences. He met his wife, Holly, in Oklahoma City and after finishing his associate’s degree, she encouraged him to take a position at the OSUPD in February 2007. After arriving at OSU, he decided to return to school for his bachelor’s and master’s degrees. He has worked as a patrolman, spent time in the criminal investigations division, been a taser instructor, worked undercover and was a shift lieutenant all before being promoted in October 2017 to operations captain.

“Day to day I’m responsible for long-term projections of what we need for shift supervision of the Stillwater division, payroll, and leave requests. Anything that training division does and anything that comes under the enforcement I’m pretty much behind the scenes in some way or fashion.”

In 2017, Chandler was selected for a unique training at the FBI National Academy that an estimated one percent of law enforcement get to attend. The goal is for local law enforcement to learn about the FBI’s prestige level of operations and take those skills, leadership qualities and procedures back with them to the local agencies.

“There’s a huge network that you gain by attending,” Chandler said. “Now I know people and faces within law enforcement from across the globe.”

One reason Chandler decided to attend OSU and seek a position with OSUPD was his brother Randy, who formerly worked with the OSUPD and is now an officer at the Oklahoma City Police Department.

“He always spoke highly about the department and about the experience on campus,” said Chandler. “I came up to the basketball and football games. I saw that he got paid to do those types of things and so I wanted to experience that.”

Chandler is grateful for his experience at OSUPD and time in Stillwater.

“I’ve been fortunate enough that the P.D. has given me a wide variety of opportunities and I was smart enough to take advantage of those. It has paid dividends for me, making sure I have a holistic approach in how we try to operate,” Chandler said. “And I fell in love with the town, the atmosphere and the community feeling that you gain by living here.”