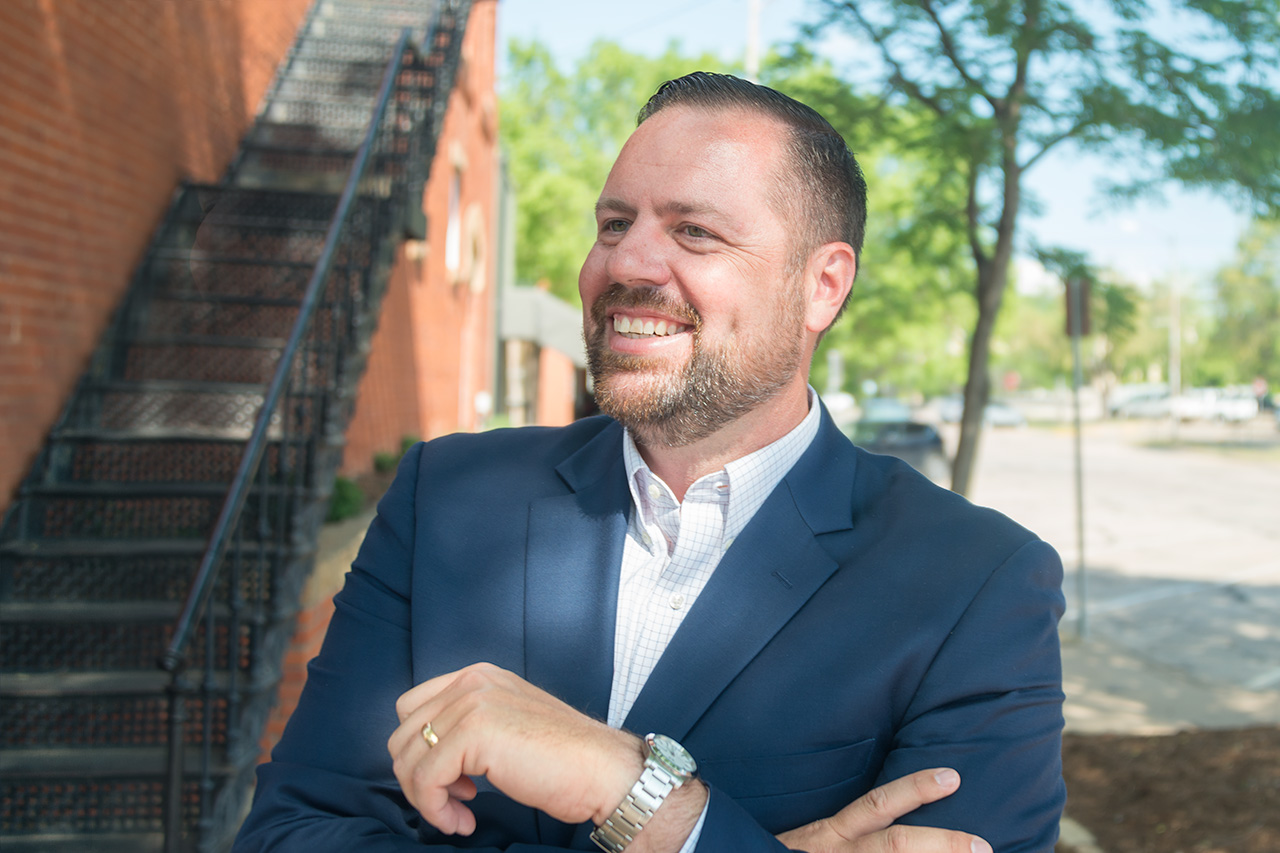 Will Joyce was 3 when his family moved into Oklahoma State University’s married student housing, where he literally grew up on campus. His parents were both in the Army, and chose to continue their education in Stillwater.

As it came time for Joyce to apply for college, he looked outside of his hometown university.

“When you grow up in Stillwater, you think about how it would be nice to leave, but I loved the town and decided to go to OSU,” Joyce said.

Because he had always excelled in math and science classes, Joyce decided to major in chemical engineering. After seeing the day-to-day tasks of a chemical engineer, he realized he didn’t want to do that for the rest of his life. Joyce was drawn to courses such as history, English and political science, and always had law school in the back of his mind. He also had a passion for movies, and OSU was in its inaugural year of a film-studies option in the English department.

“I took an introduction to literature class where we studied the movie Pulp Fiction and I thought, ‘We can watch a movie and study film as literature? That sounds awesome,’” Joyce said.

Joyce changed his major to English and never looked back.

“I was able to take American social history, all kinds of political science classes and an intro to law class,” Joyce said. “Growing up as a math and science kid, I hadn’t explored those areas. I loved the variety of education I was able to experience.”

His English major led him to apply for, and eventually receive, the Wentz Research Grant, which is rarely granted in the humanities. Working with professor Robert Mayer, Joyce focused on movies and politics to present research on the portrayal of presidents in film. 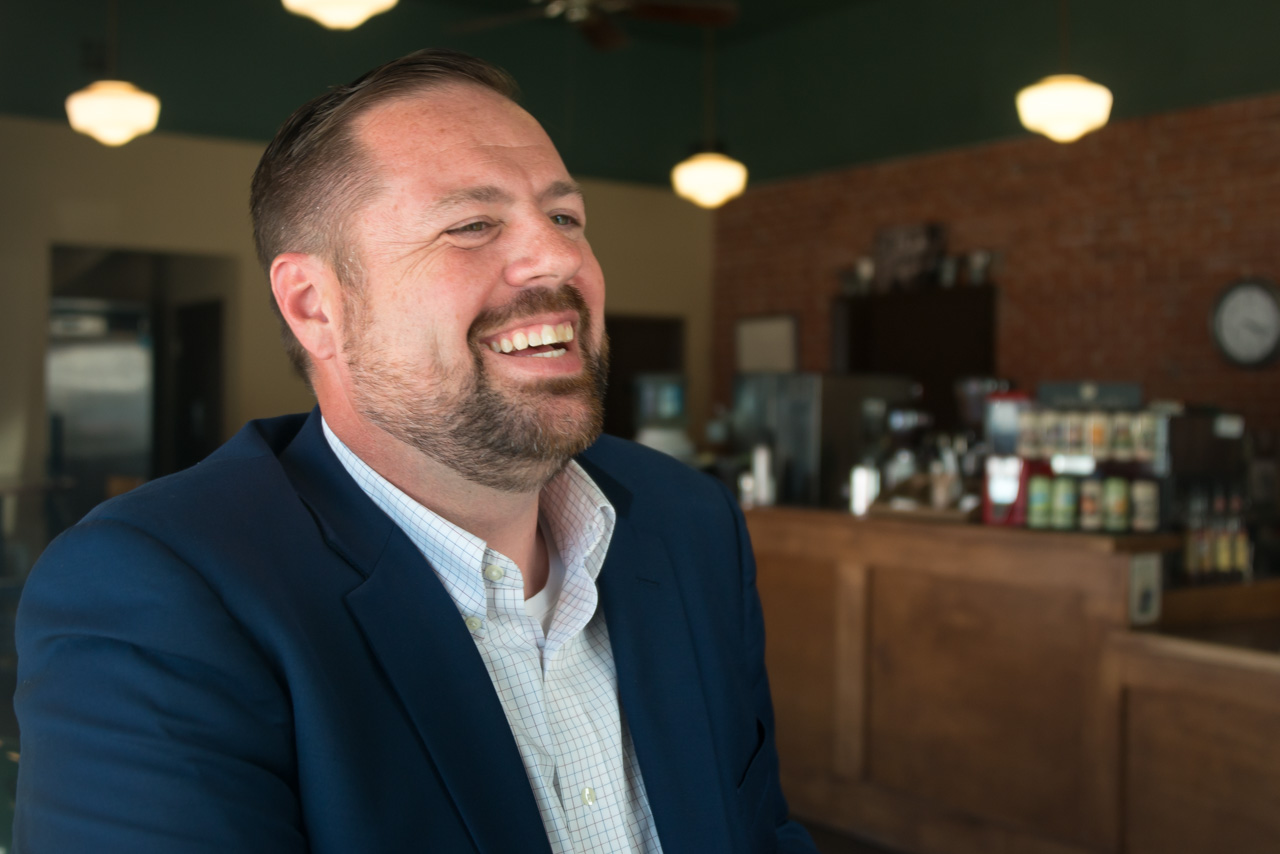 “After being awarded the Wentz, I had the opportunity to go to the Museum of Modern Art in New York City and do research at the archive of D.W. Griffith, one of the first American filmmakers who did narrative film,” Joyce said. “It was really cool to have that kind of opportunity at OSU to go see what research was like in the arts and what kind of resources were available.”

Life moved fast after Joyce’s senior year. He married his high school sweetheart, Rachelle Razook. They graduated on a Saturday. The following Monday they moved to St. Louis, where Will started law school at Washington University and Rachelle went to graduate college.

The couple spent 10 years in St. Louis and had four children. The more their family grew, the more they wanted to return to Stillwater.

“Stillwater has always been home,” Will Joyce said. “I wanted to be back. I wanted to find something that I could do to make a living and use the skill set that I have.”

Joyce found that opportunity seven years ago with a position in the Riata Center for Entrepreneurship. A year later, he found a new passion, becoming general counsel at Interworks.

During his travels, he noticed creative ways that small towns made it work and saw the same potential for Stillwater.

“I wanted to see how I could help Stillwater take advantage of the opportunities that it has,” Joyce said.

While practicing law, Joyce did municipal work and loved the opportunity to use a different skill set. The more he was involved in city leadership, the more driven he was to make a difference. After serving on the Stillwater City Council for two years, Joyce won a landslide electoral victory to become mayor last April.

“We have a great school district, a great technology education program at Meridian, a great university at OSU; we have all of these assets in Stillwater, and we just need to be more ambitious as a community,” Joyce said.

His focus as mayor is to connect downtown Stillwater to the OSU campus, making it more pedestrian-friendly and a welcoming experience for out-of-towners.

“We have to invest in the core of the city by connecting downtown geographically with campus,” Joyce said. “It’s only six blocks, but it feels much further since there are different traffic patterns through Sixth and Duck. Along with developing new businesses, there’s also room for improvement for neighborhoods in between.”

Joyce proposed a Tax Increment Financing district, or TIF, which spans roughly 20 blocks that will improve sidewalks and crosswalks, making it easier for people to walk toward campus.

The TIF will provide a great incentive for new businesses and the Chamber of Commerce is eager for it to be utilized.

“We want to improve the quality of life for Stillwater residents and visitors and that is done by attracting unique retail concepts, restaurants and helping local businesses grow,” said Justin Minges, president and CEO of the Stillwater Chamber of Commerce. “We're hoping to gain concepts that we currently do not have here in Stillwater.”

The TIF will last 25 years or until it generates $32.5 million in revenue.

“When people come to a ballgame, maybe they will realize that it's not very far of a walk to Louie's downtown,” Minges said. “If we can better the community around the campus, and improve the concepts and improve the look, the university can then attract new students, talented athletes and faculty.”

The new area will add parking options for people who are willing to walk, and will help lead people to The McKnight Center for the Performing Arts, which is set to open in 2019.

“We're going to have 1,100 people watching the New York Philharmonic open The McKnight Center,” Joyce said. “Soon after, there will be Broadway touring productions that typically perform at facilities in Dallas and Kansas City. We should take advantage of the huge magnet that OSU is dropping in this area.”

Joyce wants to create an environment where Stillwater is a weekend getaway and where people want to live and grow.

“Stillwater needs to encourage development that complements the university’s outstanding resources,” Joyce said. “We want people to stay here after they graduate and provide the amenities they’re looking for. We are working on making our community more welcoming from arts, technology, architecture and so much more. This is just the beginning.”