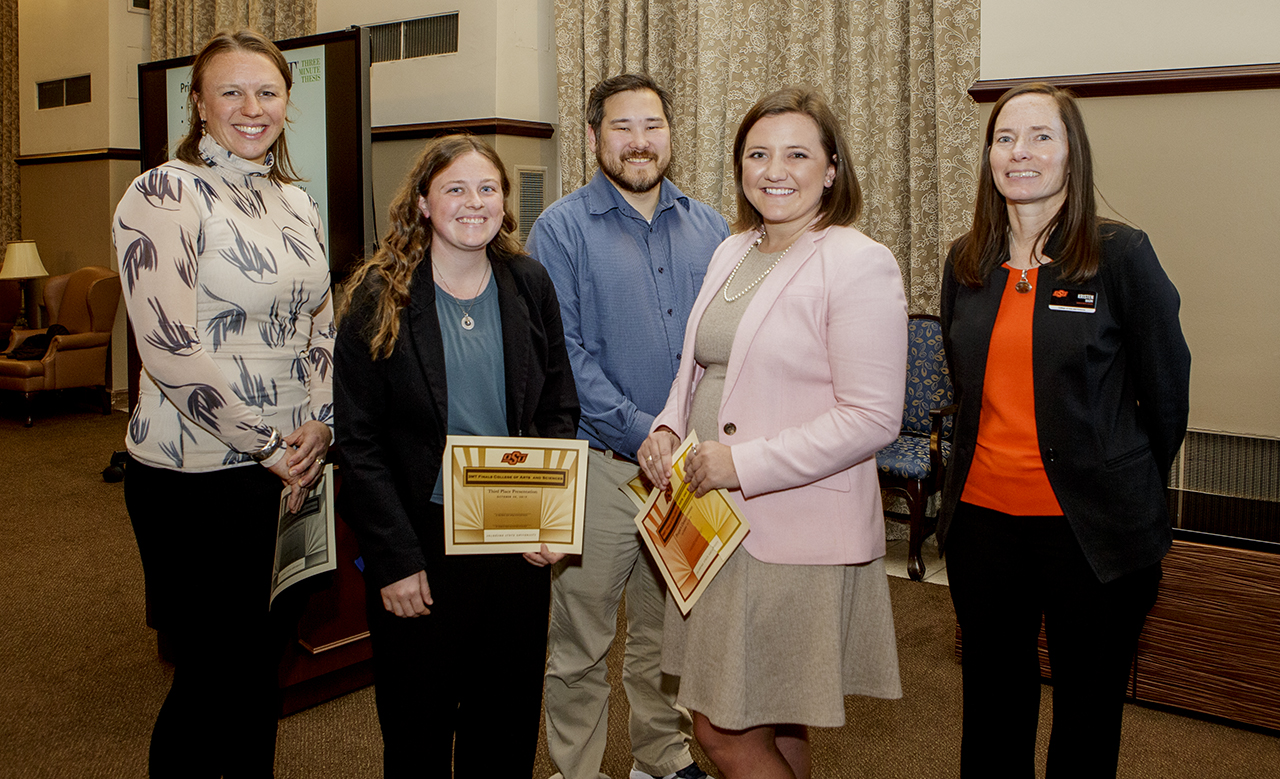 After 32 College of Arts and Sciences graduate students competed in the preliminary rounds and 13 advanced to the championship round, four impressed the judges enough to win awards during the college’s Three Minute Thesis Finals on Oct. 30.

Wood went on to win another $1,000 for claiming the People's Choice honor at the University Finals on Nov. 19.

Nelson’s advisor is Karen L. Wozniak. His speech was “Pigeons: Carriers of a Cryptic Killer.”

Elzay’s “Without” was about a world without insects. Her advisor is Kristen A. Baum.

Bourne, advised by Jeanette Mendez, spoke about foster children who are “Living Life Out of a Trash Bag.”

Their presentations, along with all of the other finalists, are viewable at OState.TV.

Elzay, Nelson and Wood are among the 12 competitors across OSU who advanced to the University Finals.