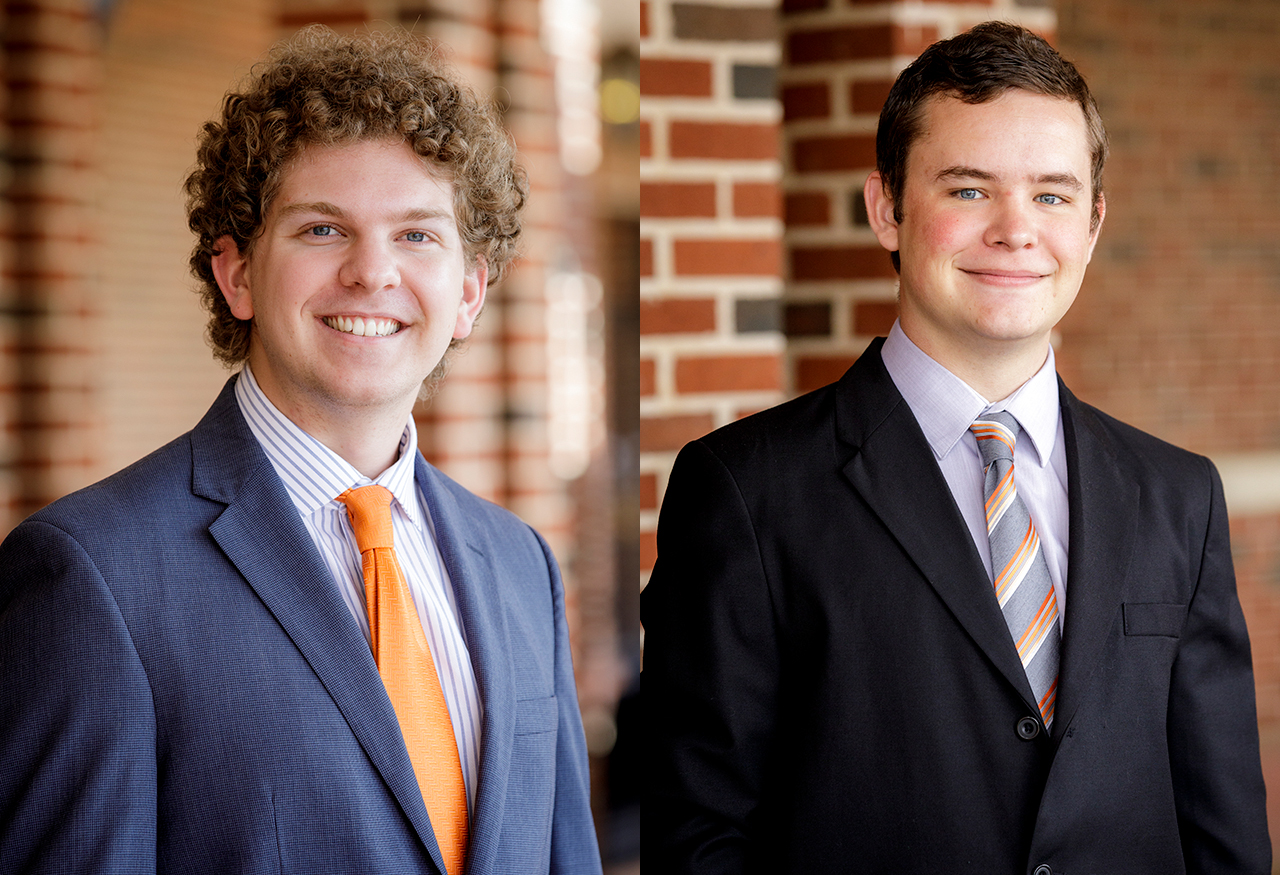 Two College of Arts and Sciences students have been awarded the 2019 Barry M. Goldwater Scholarship, one of the most prestigious national honors recognizing outstanding undergraduates who seek research careers in the natural sciences, mathematics and engineering.

Christopher Jones is a junior from Edmond, majoring in geology with a minor in botany. His research focus is on biogeochemistry, the origins of life and how biological signals are expressed in early earth systems. He has been a Niblack Research Scholar and embarked on a research expedition to the South Atlantic on a German vessel. He is currently participating in a second expedition to the South Sandwich Islands and the Scotia Trench. He also re-energized the OSU Geological Society, serves as the undergraduate representative to the Boone Pickens School of Geology faculty, and he is currently assistant director of the OSU Writing Center. In that role, he researches consultation methods with STEM students while strengthening his own scientific writing skills. Jones plans to obtain a doctorate in geology and geochemistry and conduct research in modern marine geochemistry.

Jeffrey Krall is a junior from Mission Viejo, California, double-majoring in microbiology/cell and molecular biology and biochemistry. He has pursued research on complex protein-protein interactions through the prestigious Niblack Research Scholars Program, and he currently has two research papers in preparation as well as national presentations. He also actively promotes the mission of undergraduate research on the OSU campus, having served as an ambassador for both the College of Arts and Sciences and for the Department of Microbiology. Krall plans to pursue a doctorate with a focus in biomedical sciences.

A third OSU student, Cole Replogle, was also chosen. He is a an Honors College junior from Broken Arrow majoring in mechanical and aerospace engineering with a minor in physics.

Jones, Krall and Replogle are OSU’s 22nd, 23rd and 24th Goldwater Scholars, respectively. They were selected from a field of over 1,200 applicants from 433 institutions nationwide. The one-and two-year Goldwater Scholarships cover tuition, fees, books, room and board up to a maximum of $7,500 per year. This is the first time in a decade that OSU has had three Goldwater Scholars selected in the same year.

The Goldwater Scholarship and Excellence in Education Foundation was established by Congress in 1986 to serve as a living memorial to honor the lifetime work of Sen. Barry Goldwater. Today, Goldwater alumni can be found conducting research that is helping defend the nation, find cures for catastrophic diseases and teaching future generations of scientists, mathematicians and engineers.

The Henry Bellmon Office of Scholar Development and Undergraduate Research at OSU has long been a national leader and innovator in scholar development, assisting students in seeking national and international scholarships and fellowships. The office also encourages student-faculty mentoring, undergraduate research, international travel experience and exposure to other cultures.