Larry Mullins is passionate about helping people. That’s guided his career as a clinical psychologist, professor and researcher. The Vaughn Vennerberg II Chair of Psychology, Regents Professor and inaugural director of the Center for Pediatric Psychology at Oklahoma State University focuses his research on chronic health conditions in children.

His mission is to find best practices for dealing with many conditions, from such high-profile illnesses as cancer to lesser-known chronic health conditions. Consequently, he has become one of the nation’s leading scholars on disorders of sexual development. That’s why the National Institutes of Health recently awarded Mullins and his collaborators $2.9 million to fund the second half of a 10-year study on families of children born with a DSD.

“DSD is a constellation of disorders in which children are born with some kind of discordance between their genetics and their physical appearance,” Mullins said. “For example, this can include kids born with their testes inside their bodies, or who fail to fully develop anatomically, or who have both male and female physical traits. There are all sorts of ways children can be born with atypical genitalia, and it can potentially create issues with physical appearance and even functional abilities such as difficulty in urination.” 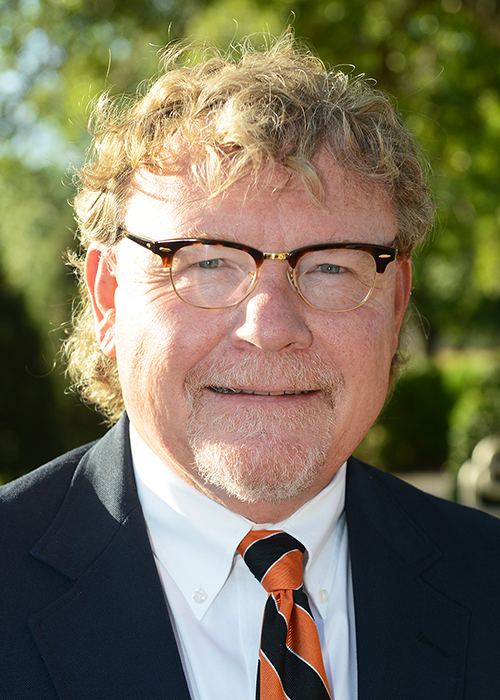 These conditions can affect up to 1 in 20,000 people, depending on which disorders are counted. There has been very little research on the effects of various treatments as well as non-treatment. Mullins and his collaborators are trying to change that, conducting a natural-history study to gather data on these children and their families.

“There is certainly a lot of controversy about DSDs,” Mullins said. “For example, what happens when parents and surgeons assign a child a gender early on, and they decide upon a female assignment, but it turns out that their child later identifies differently? We have seen situations when you have a child that has been raised as a girl, and when puberty hits, she starts to develop a beard and her voice deepens.”

Another option is to leave such choices up to the individuals with DSD, once they are mature enough to do so. That has become the practice in other countries, and appears to be gaining some popularity in America. Of course, this route is also fraught with its own issues, such as the potential for bullies who tease their young peers who are perceived as different.

“Sadly, kids make fun of each other all the time,” Mullins said. “They unfortunately will pick on each other for being different in any way. So, you can understand why parents want to try to do whatever they think will help their child’s long term adjustment.”

Thad Leffingwell, head of the Department of Psychology, said this study is one of many ways the department is working to improve the lives of children.

“It’s something we don’t often talk about in society,” Leffingwell said. “We don’t talk about how remarkably frequent gender is ambiguous at birth. It changes the way you think about a lot of things if you realize that people don’t always come out with perfectly formed genitalia.”

Mullins’ group is halfway through a 10-year study of about 80 kids born with DSD, as well as their parents. Some of the families opted for surgery, and others did not. The researchers are not making any decisions or even recommendations about what is the best choice. They are simply asking the parents to rate themselves as well as their children’s emotions and behavior in areas such as depression, anxiety and acting out. Children will start self-reporting on those areas when they turn 8. The study also includes physicians’ reports about complications and post-surgical cosmetic appearance.

“This is probably one of the biggest samples ever accrued of these kids, and it’s unique because we are starting right after birth,” Mullins said. “Most studies are retrospective, where you might take 18-year-olds and ask them what they recall. We are doing a prospective study, looking at objective measures over time.