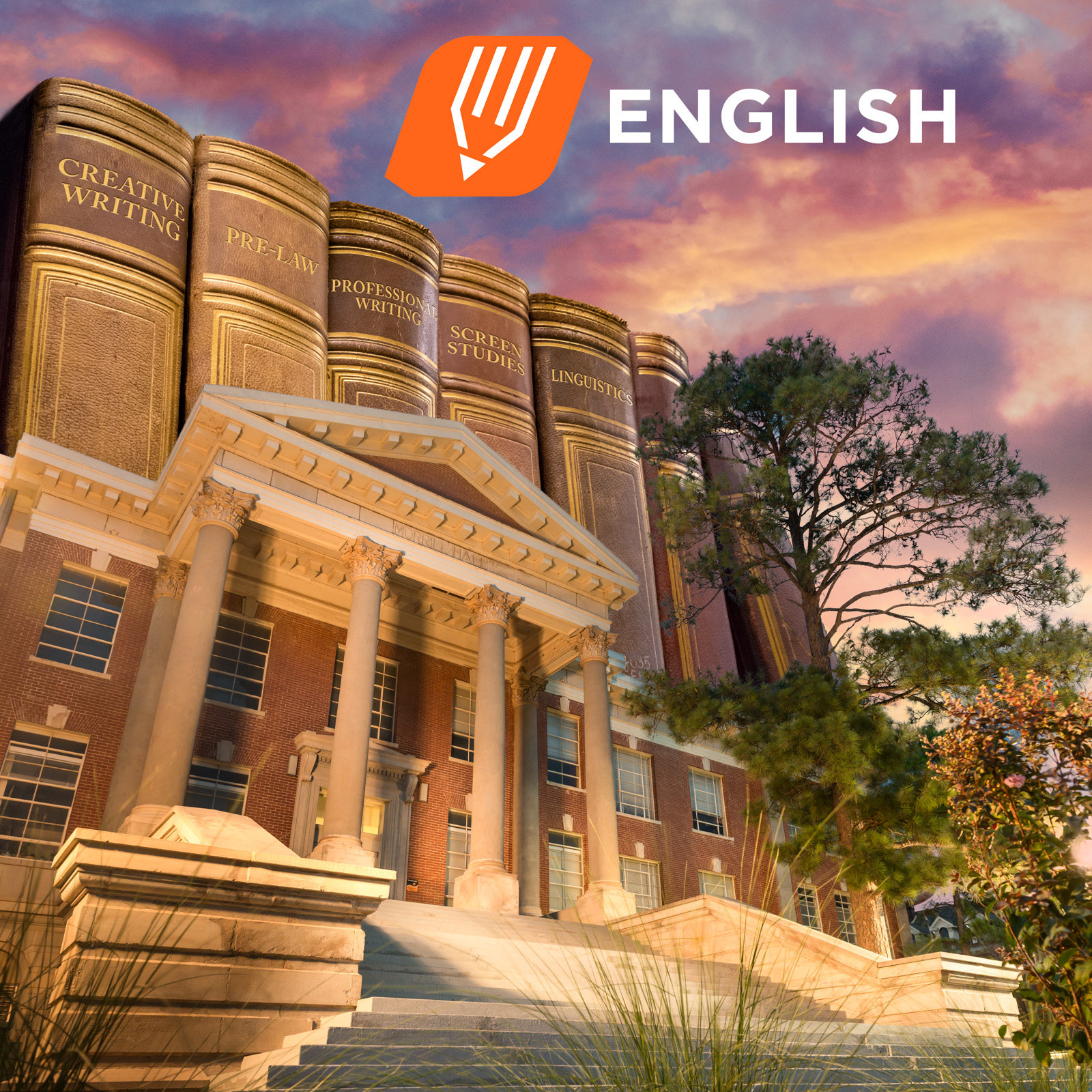 Morrill Hall, originally built in 1906 and reconstructed in 1915 after a fire, has housed the Department of English since 1969. The two have become intertwined in the minds of the OSU family, which is reflected in this image. The four lines on the pencil in the logo echo the four pillars on the front of the building. Books are the backbone of most of the curriculum in the department. They seemed like a logical addition to Morrill Hall and another way to repeat the pattern of the pillars and lines on the pencil. 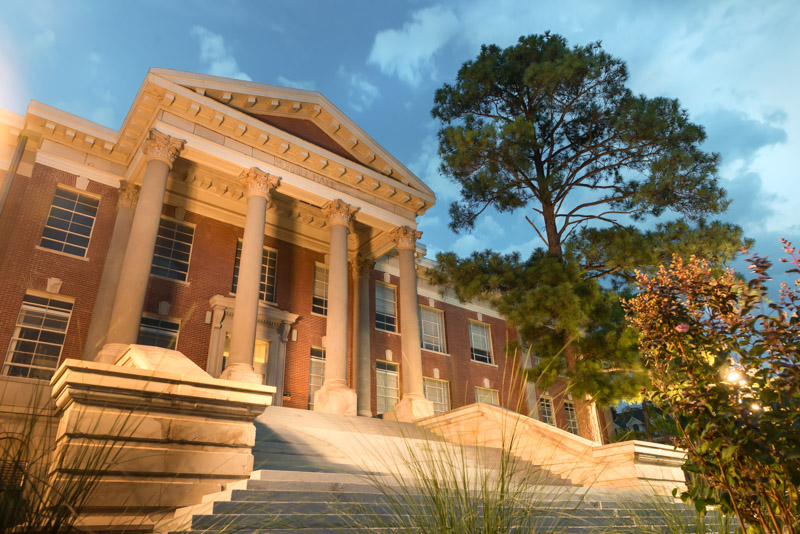 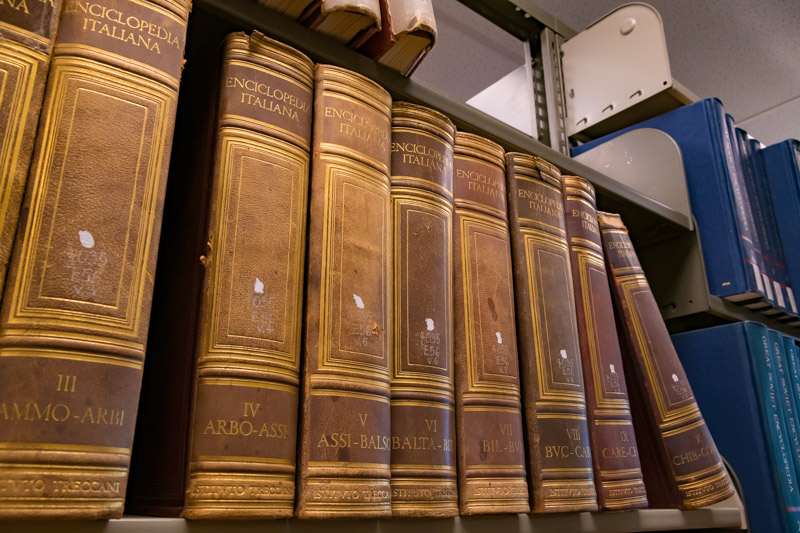 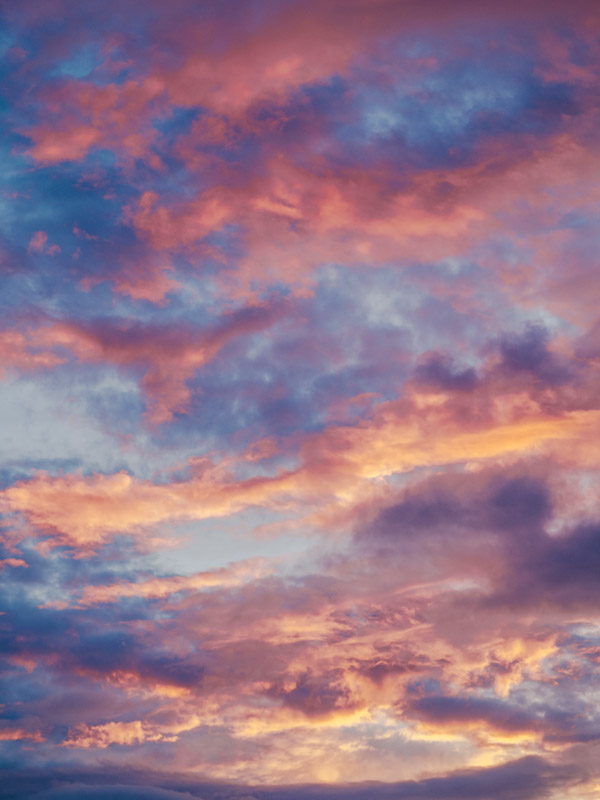 By Luca Dugaro on Unsplash