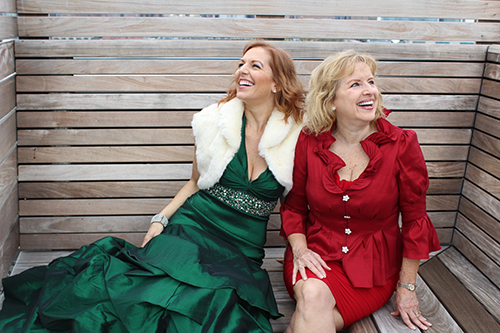 A pair of OSU College of Arts and Sciences alums is making the art of holiday music a family affair.

The album features over 25 musicians and singers from New York City and is produced by RoxSteady Music. It is the first album the mother-daughter duo have recorded together, despite more than 30 years combined experience in the music.

An Oklahoma State University alumnus teamed with the OSU App Center to develop an app to help him conduct research on people’s drinking habits.

Larson R. Keso, DDS, MS, will be the recipient of the 2015 American Association of Orthodontists (AAO) James E. Brophy Distinguished Service Award. The award will be presented at the 115th Annual Session in San Francisco during the Excellence in Orthodontics Awards Ceremony May 17. The award recognizes members who have made exemplary contributions to the profession.